Football Australia is pleased to announce that Brad Maloney has been appointed to the role of Head Coach of the Joeys – Australia’s U-17 men’s national football team.

The former Olyroo, Socceroo and Johnny Warren Medallist will commence in the role later this month (August), as the Joeys commence preparations to qualify for the 2023 FIFA U17 World Cup™, beginning with AFC U17 Asian Cup 2023™ Qualifiers in Shepparton, Victoria, in October.

“As a proud product of Australia’s elite football pathway and career coach, it’s always been a goal of mine to coach an Australian national team, so I’m delighted to have been appointed Head Coach of the Joeys,” Maloney said.

“I look forward to bringing my experience to this important development role and working closely with clubs and Member Federations to ensure that together, we are identifying the best emerging footballers for the under 17’s national team program, who will hopefully go on to become future Olyroos and Socceroos.

“Based upon the footballers selected for camps this year and the current squad competing at AFF U16 Youth Championship, there is a wealth of highly skilled and exciting talent coming through our pathway, and I can’t wait to get started in the role and continue preparations for October’s qualifiers,” Maloney concluded.

In addition to his Head Coach role with the Joeys, and as part of Football Australia’s National Teams strategy, Maloney will also serve as Assistant Coach of the Young Socceroos (U-20 men’s national football team), supporting newly appointed Head Coach Trevor Morgan in a national teams’ coaching structure which ensures key information and insights are exchanged up and down the elite player pathway.

“We are delighted to welcome Brad (Maloney) to Football Australia as the under 17’s men’s national team Head Coach, whilst also providing support to the Young Socceroos,” Johnson said.

“His knowledge and experience as a national youth team coach, particularly at a different Federation within the Asian Football Confederation, will be a great asset as both our Joeys and Young Socceroos commence their respective FIFA World Cup qualifying campaigns in the coming months.”

“As someone who came through each Australian national youth and senior team himself, Brad is wonderfully placed to develop and mentor our best emerging players into the footballers and people we want to represent the green and gold for many years to come,” Johnson expressed.

The appointment of Maloney will see Football Australia have a full complement of head coaches for both men’s and women’s youth national teams for the first time since 2019.

“Heading into 2022, we had a deliberate strategy to stand up our national youth teams following two years of border closures and COVID restrictions severely impacting Australia’s participation in international youth football,” Johnson continued.

“As reflected in the XI Principles for the future of Australian football, our national youth teams underpin the future success of the game. So, ensuring we have the right structure, resources and importantly, personnel in place is key to this strategy, and we are delighted that we have been able to achieve this milestone and demonstrate our commitment to being a football-centric organisation ahead of a very busy, yet exciting 24-months for our national youth teams,” Johnson concluded.

Football Australia can also confirm the appointment of current Football South Australia (FSA) Technical Director, Michael Cooper as Joeys Assistant Coach. Cooper will provide support to the Men’s U-17 national team program on an ongoing basis, including at camps, qualifying campaigns, and tournaments, while continuing his role with FSA. Cooper is no stranger to the National Youth Teams environment, having previously been an Assistant Coach of the National U-15 Joeys in 2019, and is currently with the U-16 Australian representative team at the AFF U16 Youth Championship 2022 in Indonesia. 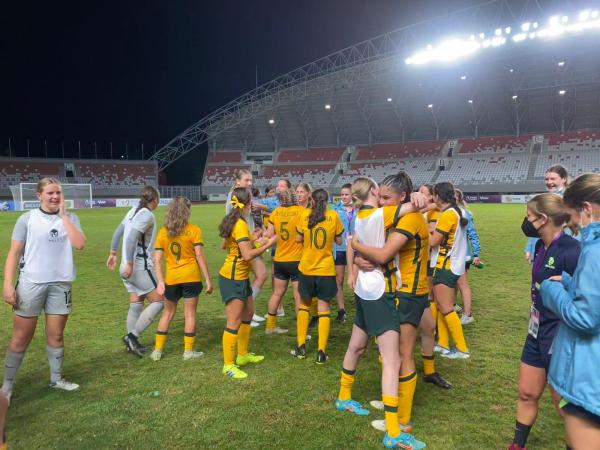 CommBank Junior Matildas: Finals bound and not settling for less than silverware

It took a gruelling 108 minutes to separate Australia and Thailand in the semi-final of the AFF U18 Women's Championship last night, with an Ella O'Grady goal sealing the CommBank Junior Matildas' spot in the final against Vietnam. "The girls will certainly be tired, they gave 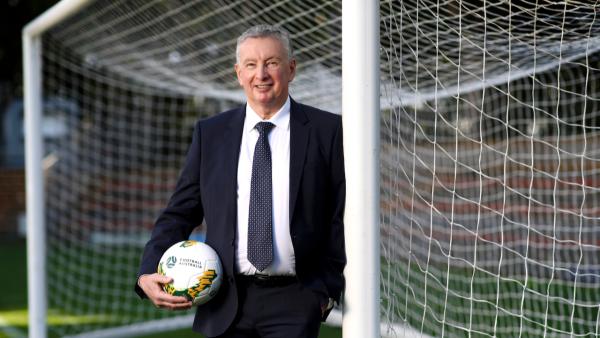 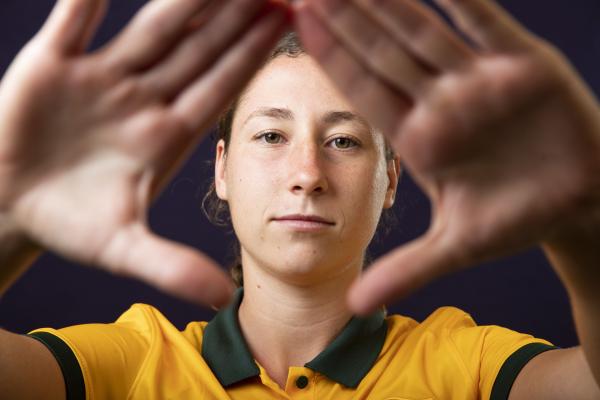 In the third edition of 'Spotlight On,' CommBank Young Matildas, Sarah Hunter talks about the legacy she wants to leave, when she's wearing the green and gold at the FIFA U-20 Women's World Cup Costa Rica 2022?. Q1: Tell us about your football journey?   A: I started when 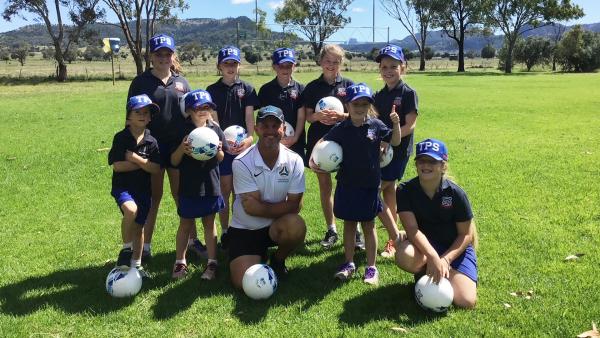 Australian schools have shown there is huge excitement and interest in football amongst students, with football being the overall number one chosen sport in the Sporting Schools program for Term 2 across the country. On a national scale, this is the first time football has bee 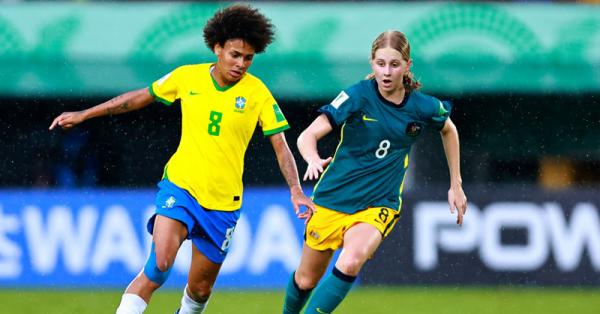 It was a tough result and tough match for the Young Matildas as they went down 2-0 to Brazil in their second group stage match of the FIFA U-20 Women's World Cup. However, the Australian side is taking the result against the current and 11-time South American U-20 champi 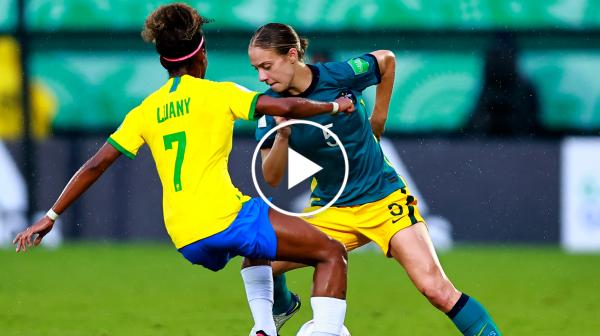 The Young Matildas have it all to play for in their final group game after going down to Brazil 2-0 at the FIFA U-20 Women's World Cup. Torrential rain in Costa Rica wreaked havoc. 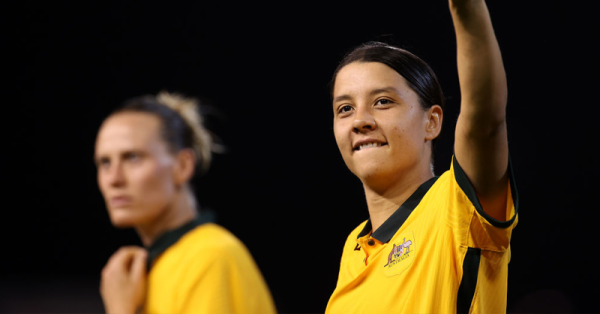 CommBank Matildas star Sam Kerr has been nominated for the 2022 Ballon d'Or Féminin, nominated for the fourth consecutive time.  The Australian captain is one of 20 nominees in the running to claim the prestigious individual award.  It comes after another history-making sea 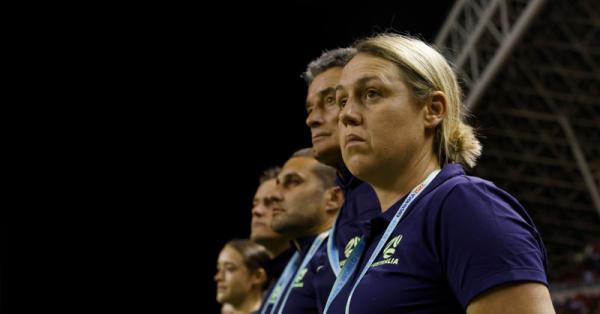 After an electric 3-1 win over host nation Costa Rica, Young Matildas' head coach Leah Blayney spoke to media as the team continue their FIFA U-20 Women's World Cup campaign against Brazil on Sunday. "The group's pulled up really, really well.