Commonwealth Bank Matildas skipper Sam Kerr has been announced as one of 20 nominees for the 2021 Ballon d'Or award.

The Ballon d'Or made its return after a one-year absence due to COVID-19 and Sam Kerr has graced the shortlist for the third time.

Kerr and her star-studded team at Chelsea make up five of the 20 nominees, where she is flanked by strike partner Fran Kirby along with Pernille Harder, Magdalena Eriksson and Jessie Fleming.

Since joining the Blues, Kerr has won five titles and was Chelsea's top goalscorer from the 2020/21 season, scoring 21 goals from 22 games to secure the WSL Golden Boot.

She is also the first player to ever win the golden boot across three different leagues and recently captained the Commonwealth Bank Matildas to their best-ever Olympic placing, when they finished fourth at Tokyo 2020.

Kerr recently reached her 100th cap in the Green and Gold, where family, teammates and fans joined together to celebrate the impact she has had on the game so far.

In just the third year of the women's edition of the award, past winners were Ada Hegerberg in 2018 and Megan Rapinoe in 2019.

The full list of women's nominees for the 2021 Ballon d'Or award are:

Football Australia welcomes the development of an independent complaint management process to enable current and former footballers and staff to bring forward concerns regarding alleged abuse, harassment or bullying in relation to Football Australia's national teams and the A-Lea 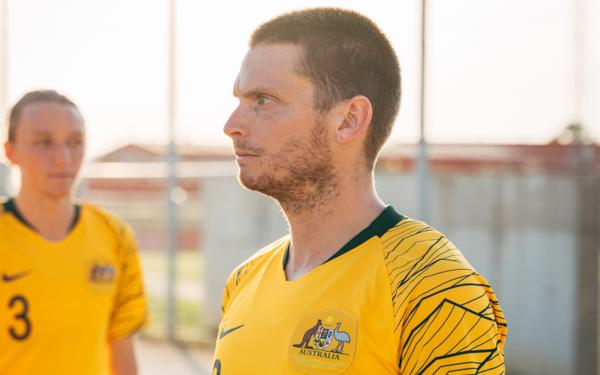 Pararoos powerhouse Benny Roche has covered an incredible distance in his efforts to raise over $6,000 for the second annual Undefeated Challenge.

Statement from Football Australia RE allegations of historical player misconduct

In 2019, Football Australia initiated and backed the Independent Review of National Teams Management ? a process which was conducted by a three-member independent panel of eminent figures in Australian sport including Diane Smith-Gander AO, Rod McGeoch AO and Liz Ellis AO. Sin