Football Federation Australia (FFA) is pleased to announce that it has signed a three-year partnership agreement with Priceline Pharmacy (Priceline) to support the development of women’s and youth football in Australia.

As part of a ‘whole of game’ partnership that aligns Priceline at the national teams, professional leagues and grassroots levels, Priceline has become the Official Health Partner of MiniRoos – the nationwide initiative that uses short, game-based sessions to introduce the sport of football to newcomers in an inclusive way – and an Official Partner of the Westfield Matildas and of the Westfield W-League through to 2023.

Founded in Victoria in 1982, Priceline has over 470 stores across the country and is Australia’s leading health and beauty pharmacy retailer. With more than 1000 Pharmacists and 650 Beauty Advisors in its network, Priceline is focussed on providing real, classic care to its customers. 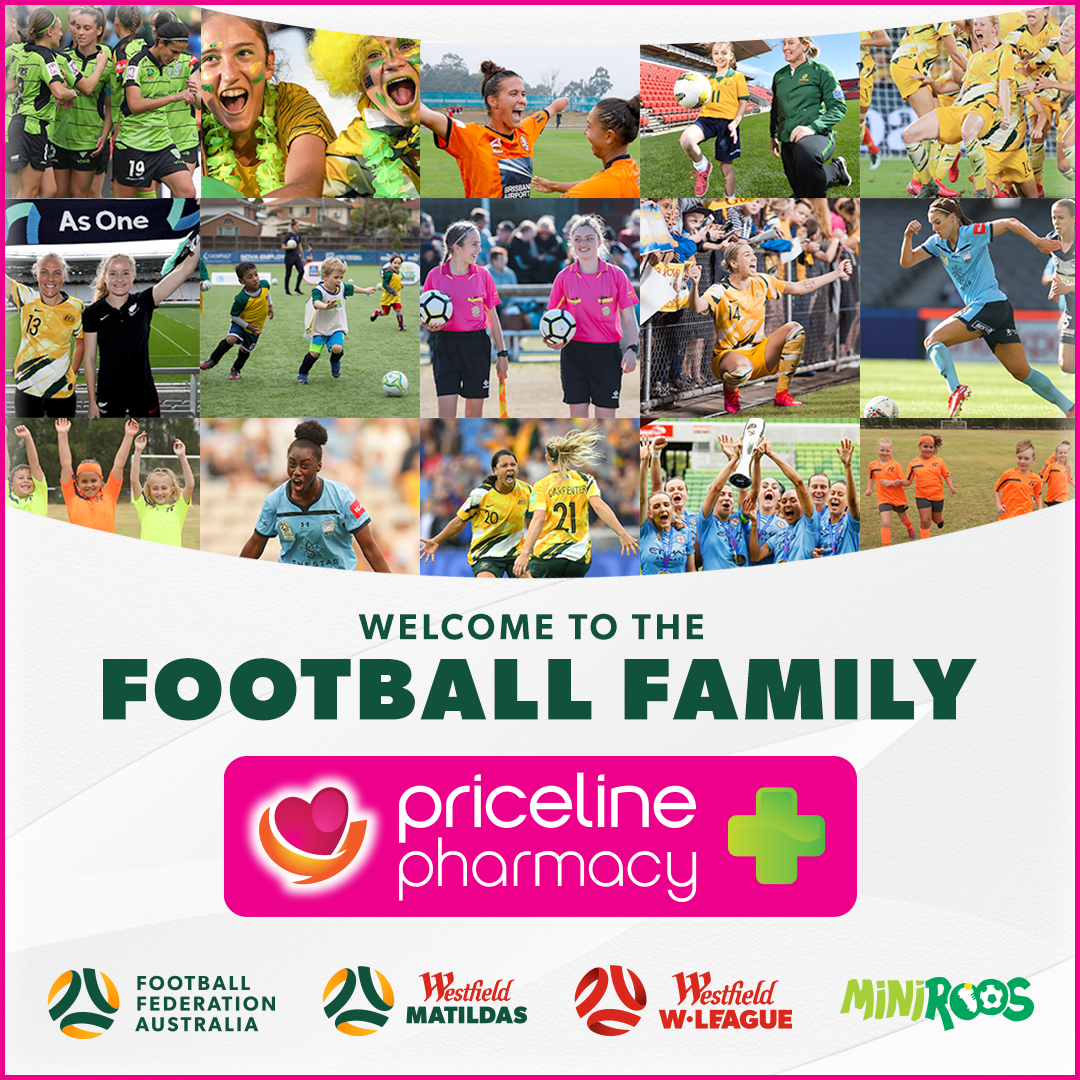 “Through this partnership, FFA will work hand-in-hand with Priceline to champion health and wellness, actively encourage grassroots football participation, and demonstrate each organisation’s long-term commitment to women and women’s sport.

“Priceline has partnered with us at an exciting time in the development of women’s football. Priceline believe in our vision for Australia to be the centre of women’s football in the Asia-Pacific region, and via their vast nationwide network we believe we can work together to reach people in all corners of the country and connect them with all levels of the game,” he said.

As part of the agreement, Priceline will offer a national MiniRoos Health Award, while the organisations will work together to promote broader Priceline initiatives such as its Sister Club and the Priceline Sisterhood Foundation – a charitable initiative which supports women and their families.

As a sign of the truly integrated nature of the partnership, FFA and Priceline will co-develop sponsorship toolkits that will encourage Priceline’s franchise network to support local football clubs and associations, deepening Priceline’s support of Australia’s largest club-based participation sport at a crucial time as community clubs across the country recover from the impacts of COVID-19.

Andrew Vidler, General Manager of Priceline Pharmacy said: “As the Official Health Partner of the MiniRoos, our goal is to connect with families in their local communities. As Australia’s favourite pharmacy retailer, Priceline is well-positioned to promote the benefits of a healthy and active lifestyle in these communities.”

“Over the next three years, we will work with FFA to continue to grow the game at every level. Priceline will promote and celebrate everyone involved, from those who are giving it a go in a MiniRoos game through to representing Australia in the Westfield Matildas. But just as importantly, we’ll be celebrating the off-field stars of the game: the Mums, the Dads and the families who rally behind them.”