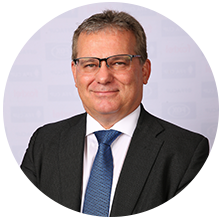 Mr Nikou was appointed to the Football Australia Board in October 2014 and was elected Chairman in November 2018.  Mr Nikou is a senior partner of global law firm K & L  Gates, practising in corporate and commercial law. He is currently a member of the Asian Football Confederation (AFC) Ex-Co, Deputy Chair of the AFC and ASEAN Legal Committees respectively, and Chair of Football Australia’s Referees Committee. He was a Director of the Local Organising Committee for the AFC Asian Cup Australia 2015 Ltd until resigning on 19 June 2015 following the completion of the tournament, and was Co-Chair of the Australia – New Zealand FIFA Women’s World Cup Bid Committee. He  is currently a member of the FIFA Women’s World Cup 2023 Steering Committee. He was previously a Director of Football Victoria and Company Secretary of Melbourne Victory FC. 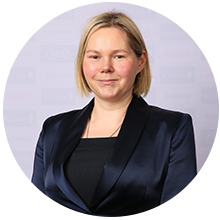 Carla Wilshire OAM is the CEO of the Migration Council Australia (MCA), Australia’s national research and policy institution on migration, settlement and social cohesion.  She has a background in policy development and Government Relations.  She has worked as a public servant and advisor to Government, principally in the area of migration and resettlement, including as Chief of Staff to the Minister for Multicultural Affairs.  Carla is Deputy Chair of the Migrant and Refugee Health Partnership, board member of The Australian Centre for Social Innovation and a member of the Judicial Council on Cultural Diversity and the Harmony Alliance Council. Carla was previously on the Settlement Services Advisory Council and the National Anti-Racism Partnership and co-founded the Friendly Nation Initiative.

Mr Mark Bresciano was appointed to the Football Australia Board on 1 October 2019.  Born in Melbourne, Mark played youth football for Bulleen Lions, before moving into the National Soccer League with Carlton. In 1999, he moved to Italian Serie B side Empoli, beginning a twelve-year stay in the country. In 2002, he moved to the Serie A with Parma, later playing for Palermo and S.S. Lazio. From 2011, he spent the final four years of his career in the Middle East, first with UAE Pro-League side Al Nasr and then Qatar Stars League club Al-Gharafa.  Mr Bresciano made 84 appearances for Australia, scoring 13 goals.  He played in three FIFA World Cups, two AFC Asian Cups and the 2004 OFC Nations Cup winning team. 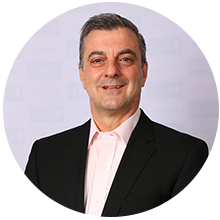 Mr Joseph Carrozzi was elected to the Football Australia Board of FFA in November 2018 and is the chair of Finance, Risk and Audit Committee and Football Australia Congress Nominations Committee.  He is a Managing Partner at PwC Australia and is a member of the firm's National Leadership Team.  Mr Carrozzi is a member of several Boards including: chairman of Sydney Harbour Federation Trust, Chairman of the Centenary Institute for Medical Research, Deputy Chairman of the NSW Institute of Sport and Board member of Western Sydney University.  Mr Carrozzi is a Fellow of the Tax Institute of Australia (FTI) and Member of Chartered Accountants Australia and New Zealand. He holds a Bachelor of Commerce and Bachelor of Laws from the University of New South Wales and is admitted as a Barrister at Law in NSW. 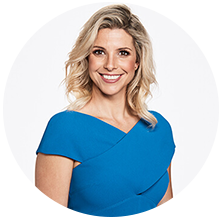 Mrs Amy Duggan was appointed to the Football Australia Board on 1 October 2019.  She is a member of the Football Development Committee.  Mrs Duggan has 25 years’ experience in various roles in football and is a former Matilda.  A communications professional, Mrs Duggan is a Journalist and Presenter for Win Television and has worked in the media industry for 20 years. She is especially fond of the time she spent covering the Matilda’s, Socceroos, the W-league and the 2019 Women’s World Cup.  Mrs Duggan holds a Commerce degree from the University of Wollongong and serves on several committees and sports' boards. 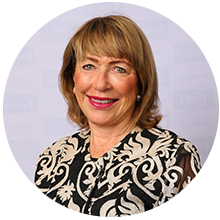 Ms Robyn FitzRoy was appointed to the Football Australia Board on 21 November 2019.  She is a member of Football Australia's Finance, Risk and Audit Committee and chair of the Constitution Review Committee.  An experienced financial services executive, she is a former Executive Director of Macquarie Bank Group.  She is currently principle of a governance consultancy which she founded. Ms FitzRoy is an independent non-executive director on the boards of Diversa Trustees Limited, Gateway Bank and the Self Managed Super Fund Association.  She has a Bachelor of Arts from Macquarie University, a Master of Arts from the University of Technology, a Diploma of Information Technology Business Application, Harvard University, a Diploma in Marketing Management, Macquarie University and is a Master Coach, International Coaching Federation. Ms FitzRoy is a Fellow of the Australian Institute of Company Directors. 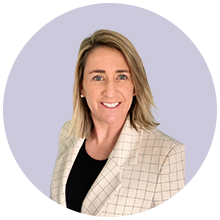 Mrs Heather Garriock was appointed to the Football Australia Board on 3 September 2021.  She has spent over 25 years in football with various roles across all levels of the game, and is a member of the Starting XI advisory panel.  Mrs Garriock is one of the most decorated Commonwealth Bank Matildas in history with appearances at three (3) FIFA Women’s World Cups, three (3) AFC Women’s Asian Cups, two (2) Olympic Games and a national championship in the W-League.  With a Masters in Education (Coaching) from Sydney University and an AFC A Licence, she has held coaching positions at National Premier Leagues, W-League and Commonwealth Bank Matildas level, as well as an appointment as the Vice President of Football Coaches Australia.  Mrs Garriock is the CEO of Australian Taekwondo, has been a television commentator and analyst for several broadcasters and held other sports management positions. 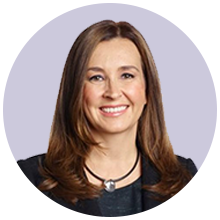 Ms Catriona Noble was appointed to the Football Australia Board on 3 September 2021.  Ms Noble’s career has seen her lead significant growth and major restructures at some of Australia’s largest organisations including ANZ Bank and McDonald’s.  During her time with ANZ Catriona was responsible for key Retail Distribution channels to customers including the Australian Branch Network.  While her 20 year career with McDonald’s saw her play an integral role in the transformation of the McDonald’s brand in Australia, holding various positions including CEO and Managing Director for McDonald’s Australia and Chair of Ronald McDonald House Charities.  Ms Noble has completed the AMP (Advanced Management Programme) at INSEAD business school, Fontainebleau, MGSM (Macquarie Graduate School of Management) Strategy & Business, MIT Boston Digital Business Transformation Programme and is a member of the Australian Institute of Company Directors. 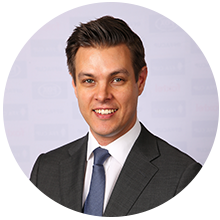 Mr Tim Holden joined Football Australia in March 2009.  He acts as the Head of Legal, Business Affairs and Integrity and was appointed company secretary in February 2019.  Prior to joining Football Australia, Mr Holden worked at Allens as a lawyer in the firm’s Litigation and Intellectual Property department.  He holds a Bachelor of Arts from the University of British Columbia and a Bachelor of Laws from the University of Sydney.  Mr Holden has been a member of the Asian Football Confederation’s Disciplinary and Ethics Committee since June 2019. 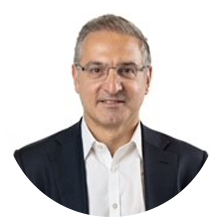 Spiro Pappas is a senior executive with over 30 years of international business experience. He is currently Chairman of Atlas Iron, Open Learning (ASX listed) and OpenInvest. He is also a NED of BrewAI, DataMesh and Cognian Technologies.

Prior to his current board roles, Spiro had a long career in banking. He served at NAB in a number of senior leadership roles including CEO of Asia (based in Singapore) and was responsible for all of NAB’s International Operations and their Global Institutional Bank. Prior to NAB, Spiro worked in London and New York for Deutsche Bank and then London with ABN AMRO Bank.