Football Federation Australia (FFA) today confirmed today that the remainder of the Hyundai A-League 2019/20 season will commence this Friday (17 July 2020).

FFA’s Head of Leagues, Greg O’Rourke, is looking forward to the matches recommencing.

“We have faced many challenges over the past week since we released the original match schedule and it will need a few tweaks to reschedule the Melbourne teams considering their relocation to Sydney,” said O’Rourke.

“Under the conditions of the exemption from the NSW Government, Melbourne City FC, Melbourne Victory and Western United FC will undergo a 14-day quarantine period before being able to re-join the competition which has meant we have had to update our match schedule accordingly.

“The final schedule will be released tomorrow with no impact to this weekend’s games and minimal changes excepting Melbourne based teams. Fans will be able to attend selected matches in line with Government guidelines and I look forward to the teams returning to playing football. 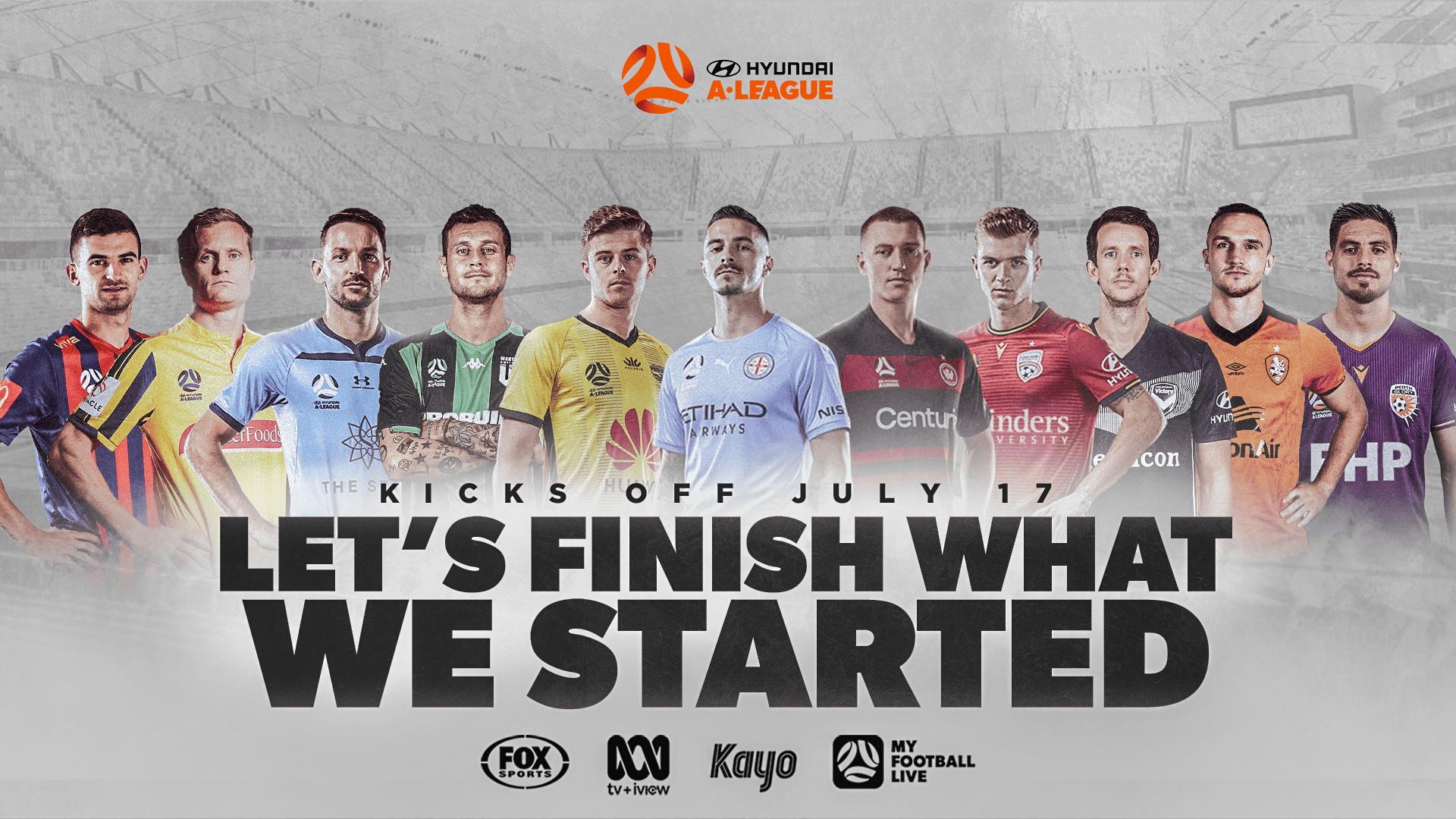 “The revised Hyundai A-League regular season schedule will recommence on Friday 17 July with Sydney FC facing Wellington Phoenix at Netstrata Jubilee Stadium and will be open for a limited number of members and fans to attend.

“Over the coming days, we will be announcing which other matches will be open for fans to physically attend, but of course you will be able to watch the matches on FOX SPORTS, SKY Sport (NZ), ABC TV, Kayo Sports and the MyFootball Live App.

“We are now focused on finishing what we started,” concluded O’Rourke.

* the number of fans allowed in a venue is subject to government and venue regulations.