Australia’s quest to qualify for the FIFA World Cup Qatar 2022™ will continue in Australia next month, with the Socceroos finally and joyfully returning to home soil for an international fixture for the first time after two long years.

The Socceroos will take on Saudi Arabia at Western Sydney Stadium in Parramatta on Thursday, 11 November 2021, some 763 days after the team’s last match in front of home fans against Nepal in Canberra in October 2019. 75 per cent of Western Sydney Stadium in Parramatta will be on sale for the FIFA World Cup Qatar 2022™ qualifier (approx. 22,500 seats), which will kick off at 8:05pm local time and be broadcast exclusively live and free across the nation via Australia’s ‘Home of Football’, Network 10.

GET YOUR TICKETS NOW

Football Australia Chief Executive Officer, James Johnson, said the Socceroos’ match against Saudi Arabia on home soil had been made possible following months of discussion between Football Australia and the NSW Government, in collaboration with the Asian Football Confederation (AFC).

“The Socceroos are an iconic Australian team and one that has always enjoyed a very close connection with the Australian public,” Johnson said. “Unfortunately, throughout the team’s pursuit of qualification for a fifth consecutive FIFA World Cup™, they have had to play eleven of their twelve matches abroad. Despite the challenges which this has presented, the Socceroos have performed exceptionally well.”

“The Socceroos have a great record when playing FIFA World Cup™ qualifiers on Australian soil and we’re delighted that the team will have the opportunity to return to Australia to continue their FIFA World Cup™ quest in front of Australian fans. It will also be a chance for the Australian public to witness some exciting new national team talent, including players like Ajdin Hrustic, Martin Boyle, and Harry Souttar who have been making great contributions to the squad throughout 2021.”

“We thank the NSW Government for working closely with us to bring the Socceroos home in line with their Reopening NSW roadmap,” he said.

With 20,000 plus people set to converge on Western Sydney Stadium on November 11, Arnold said he’s sure that his squad will feed off the energy and encouragement that the Socceroos fans in the stands will bring.

“I believe that playing in front of home fans at a beautiful Stadium and on a great pitch will help us,” Arnold said.

Fans can provide energy to players and teams, and after having been away from Australia for so long, I expect that our players will harness and utilise the support that will be in Western Sydney Stadium on November 11.” 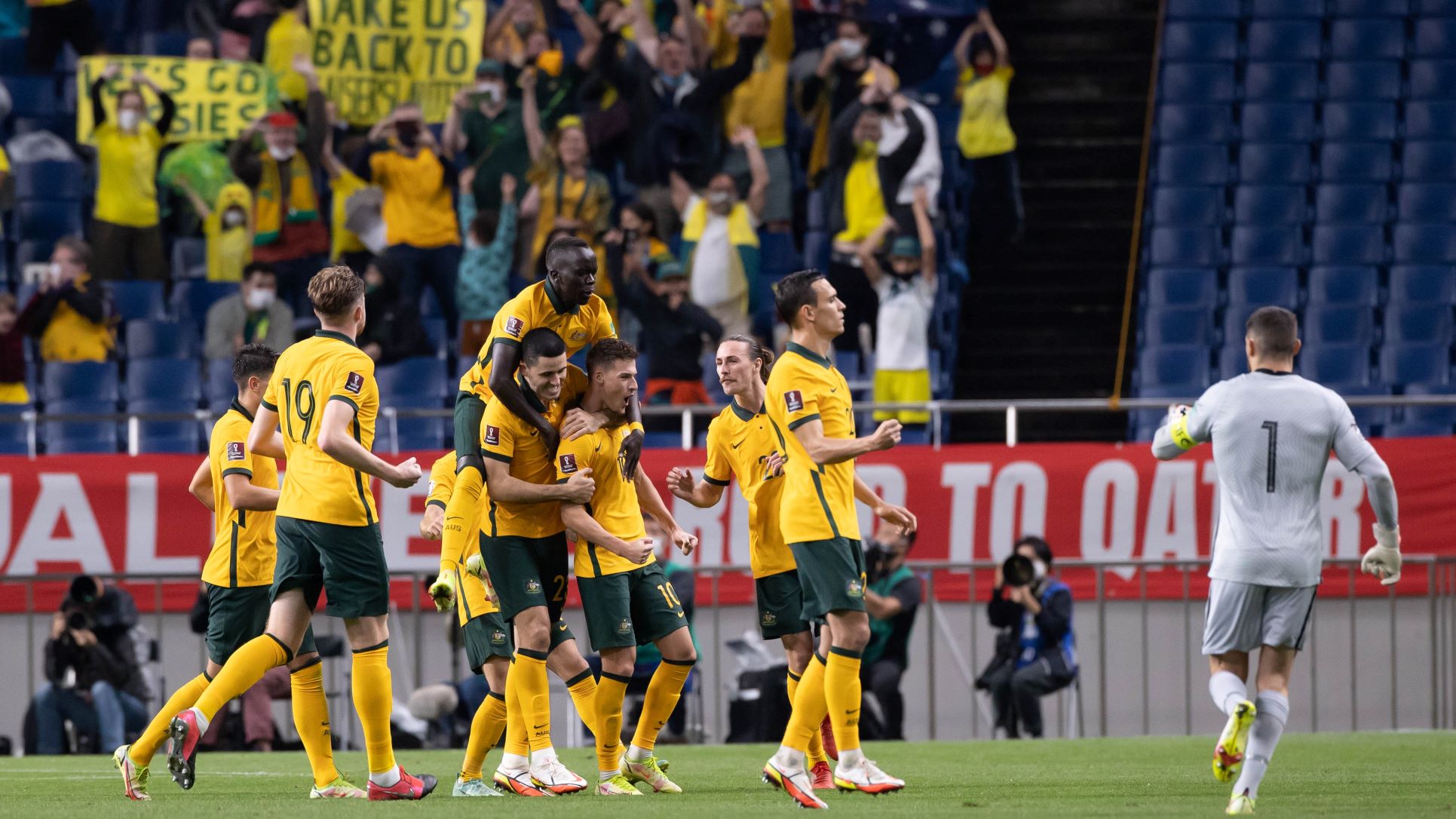 “We appreciate and recognise the role that many stakeholders, primarily the NSW Government, have played in ensuring that this match could be played in Australia, and now I urge the players, together with the fans, to enjoy the moment and feed off one another’s energy as together we strive to take another positive step towards qualification for Qatar.”

NSW Minister for Tourism, Stuart Ayres, said it was exciting to welcome the Socceroos back to Sydney for the upcoming World Cup qualification match.

“The NSW Government is focused on investing in world-class events to deliver on our goal of becoming the premier visitor economy of the Asia Pacific,” Mr Ayres said. “After the difficult period we have had during Covid-19, welcoming back the Socceroos could not have come at a better time for football fans. I look forward to watching this blockbuster game on NSW soil.”

GET YOUR TICKETS NOW

NSW Minister for Sport, Natalie Ward, said the game would follow the Matildas’ two match-series against Brazil, heralding the return of live international sport to Sydney. “Sydney has always hosted the most important Socceroos games in Australia, so it’s only right the team will play their first home match in 763 days here,” Mrs Ward said.

“I’m looking forward to fans coming out to cheer on the Socceroos at CommBank Stadium next month.”

An initial allocation of tickets for Australia’s FIFA World Cup Qatar 2022™ – AFC Asian Qualifiers – Road to Qatar (Final Round) match against Saudi Arabia will go on sale to Football Account holders via a pre-sale window, on Monday, 1 November 2021 at 10am AEDT, with further tickets released to the General Public from Wednesday, 3 November 2021 at 12pm AEDT.

Australia will play its second match of November’s FIFA window against China PR on Tuesday, 16 November 2021.

The details of this match are yet to be finalised, however, this fixture will also be available live and free throughout Australia via Network 10. Australia’s final home fixtures will be against Vietnam (Thursday, 27 January 2022) and Japan (Thursday, 24 March 2022). Host cities and venues for these final matches are still to be determined.