The Caltex Socceroos won’t be the only Australians representing their nation at the forthcoming AFC Asian Cup in the United Arab Emirates (UAE) after four Australian match officials were officially appointed to the Asian Football Confederation’s (AFC) largest-ever refereeing contingent for the tournament this week.

Hyundai A-League match officials Chris Beath and Peter Green have been appointed as Referees for the tournament which kicks off on January 5, while Anton Shchetinin and Matthew Cream will serve as Assistant Referees throughout the 17th edition of the AFC Asian Cup.

Football Federation Australia (FFA) Chief Executive Officer, Mr David Gallop AM, congratulated the quartet on their appointments to what is the most diverse contingent of match officials ever assembled by the AFC. 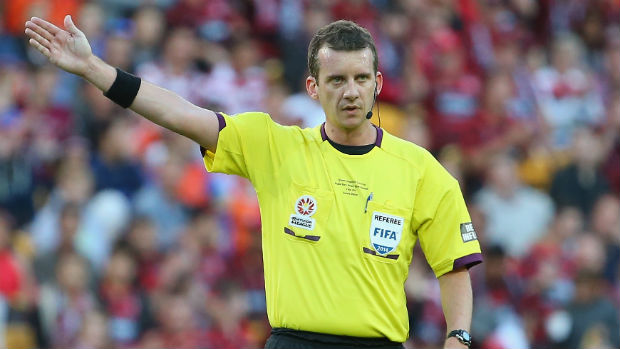 “Match officials from 19 Member Associations across the five AFC zones have been selected to officiate games in the UAE, and it is fantastic that Australia and by extension the Hyundai A-League through the appointments of Chris, Peter, Anton, and Matthew, will be strongly represented,” Gallop said.

“Earlier this week two of our top female referees in Kate Jacewicz and Casey Reibelt were appointed to the panel of referees for the 2019 FIFA Women’s World Cup in France, so news of further international appointments for some of our leading match officials is welcomed.

“We wish Chris, Peter, Anton, and Matthew all the best in the UAE, and look forward to watching their performances on the international stage,” he said.

FFA’s Director of Referees, Ben Wilson, explained that the match officials had earned their place at the AFC Asian Cup UAE 2019 following a comprehensive process dating back to the conclusion of the tournament in Australia in January 2015.

“Between 2015 and 2018 ten seminars have been organised by AFC with match official candidates to ensure that there will not only be a high standard of refereeing at next year’s AFC Asian Cup, but also maximum consistency when it comes to decision making game to game,” Wilson said.

“Our referees have taken part in many of the seminars and the feedback that we have received from AFC has been overwhelmingly positive.

“Our contingent of match officials will attend one final preparatory course in Abu Dhabi five days prior to the competition which has been designed specifically to focus on the implementation of the VAR system,” he said.