Today marks another exciting milestone for women’s football in Australia and New Zealand, with it being two years until the FIFA Women’s World Cup 2023™ final kicks off at Stadium Australia.

To recognise the monumental day, we spoke to Matildas defender Ellie Carpenter about the tournament final at Stadium Australia, which promises to be a memorable day for women's football.

Ellie, who is a Stadium Australia ambassador, is no stranger to playing her part in incredible sporting moments at iconic stadiums. The defender is eager for the rest of the world to experience the same electric atmosphere in her home country.

"To think that it's only two years away is crazy. It's so exciting that we have another chance to show the world what we're all about and it's even better that it's on home soil," Carpenter said.

WATCH: Sarah Walsh talks to the ABC about the FIFA Women's World Cup 2023

Carpenter can see the longterm benefits of hosting a FIFA Women's World Cup, with the next generation of young footballers able to witness the best players in the world compete at home.

"I just think if I was a 10-year-old or 11-year-old girl going to a Women's World Cup in Australia, in my home, watching the Matildas play, I'd be so inspired," she explained. 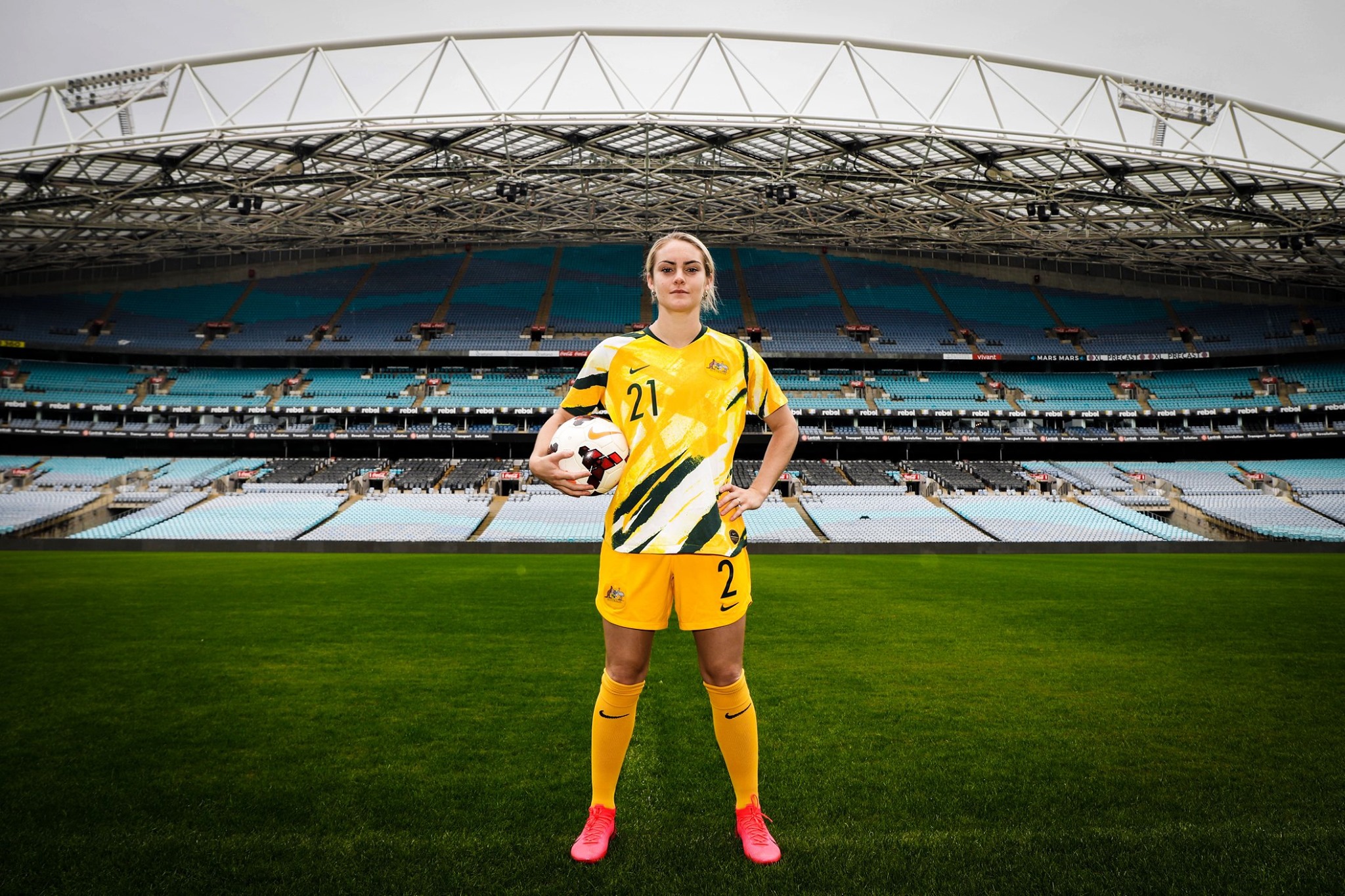 "I think it's such a good opportunity for us to boost women's football in Australia."

Stadium Australia has hosted a variety of spectacular moments in Australian sporting history, with 112,524 fans packing out the stadium to watch Cathy Freeman win her gold medal at the 2000 Olympic Games.

The stadium also hosted the Socceroos' famous 2005 penalty shootout victory over Uruguay, which qualified them for the 2006 FIFA World Cup.

While the Matildas have yet to play a match at Stadium Australia, Carpenter hopeful the Matildas can build to be part of that special day in two years time.

"We're really building towards something special, and hopefully in two years' time, we can lift the trophy," she said.

Carpenter has been a proud ambassador of the stadium for the past five years, and has belief the stadium will host a final to remember.

"The stadium is a magnificent facility and I know that they're working so hard to have it in pinpoint condition come 2023," she said. 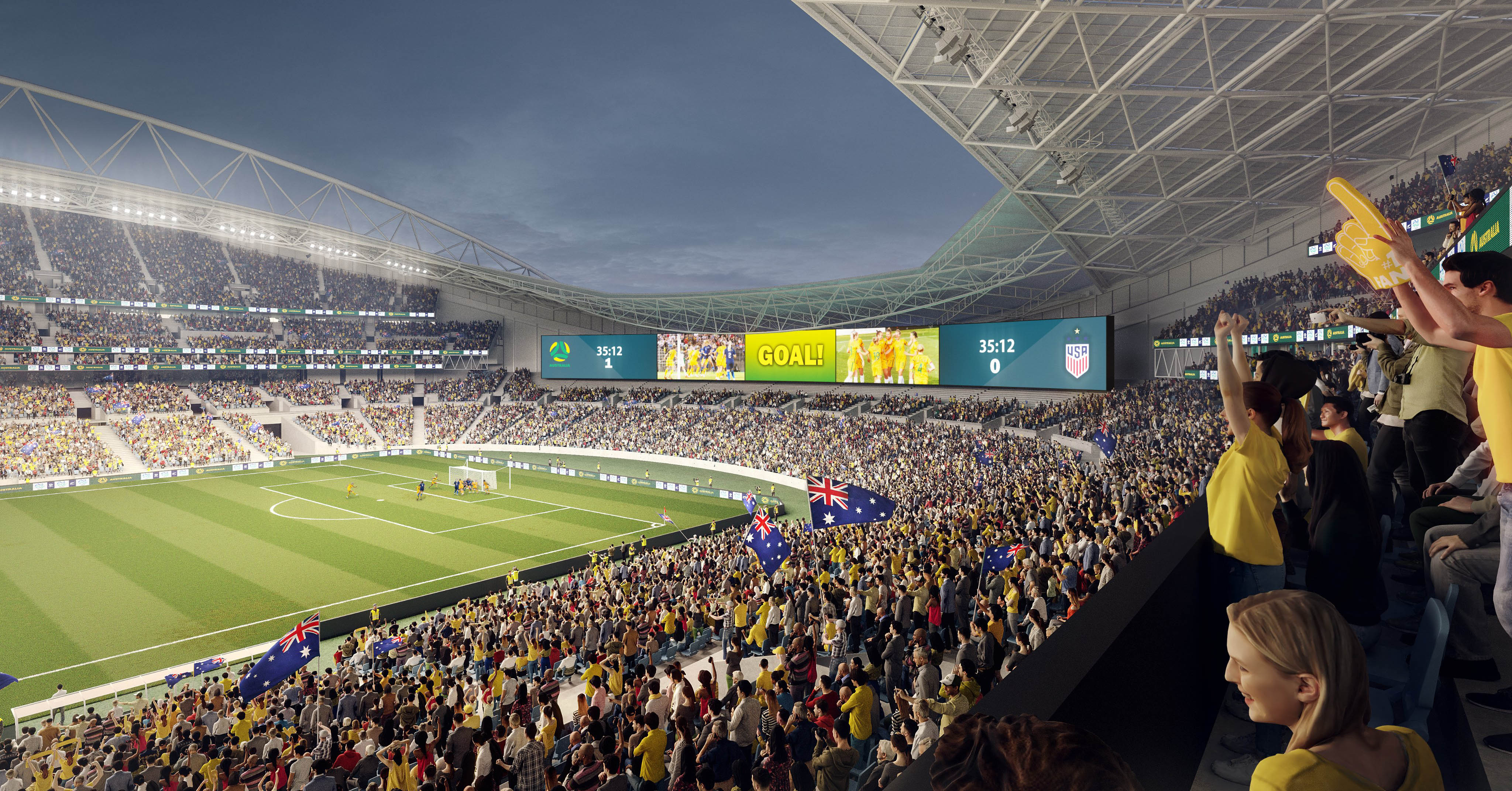 "With our fans supporting us in every game and hearing them in the crowd and just looking up and seeing green and gold in the stands. That will take us an extra step further," she said.

Carpenter's global career has made it difficult for her friends and family to see her play live and with COVID travel restrictions in place for Tokyo 2020, players were further segregated from their support systems.

The opportunity to represent her country in front of her beloved friends and family excites the defender.

"The most exciting thing for me, is being able to have my whole family there. I think it's so hard for our families to travel so far away all the time to watch us and support us.

"That's so special to us, because our families have helped us get to where we are today. Having my family in the crowd at one of the biggest tournaments will be exciting."