Future Matildas return to the field inspired by 2023 opportunity

In 2018, Football Federation Australia (FFA) alongside the New South Wales Institute of Sport (NSWIS) and Football NSW launched the Future Matildas program – a collaborative initiative established to provide a tailored training environment for some of Australia’s most talented 15-to-20-year-old female footballers.

This week, the 2020 cohort of talented players from around the nation commenced training in Rooty Hill, having had the start of the program for this year delayed due to the impacts of the COVID-19 pandemic.

This week’s sessions were also the first since the announcement was made that Australia, together with our friends across the Tasman, New Zealand, will co-host the FIFA Women’s World Cup™ in 2023. 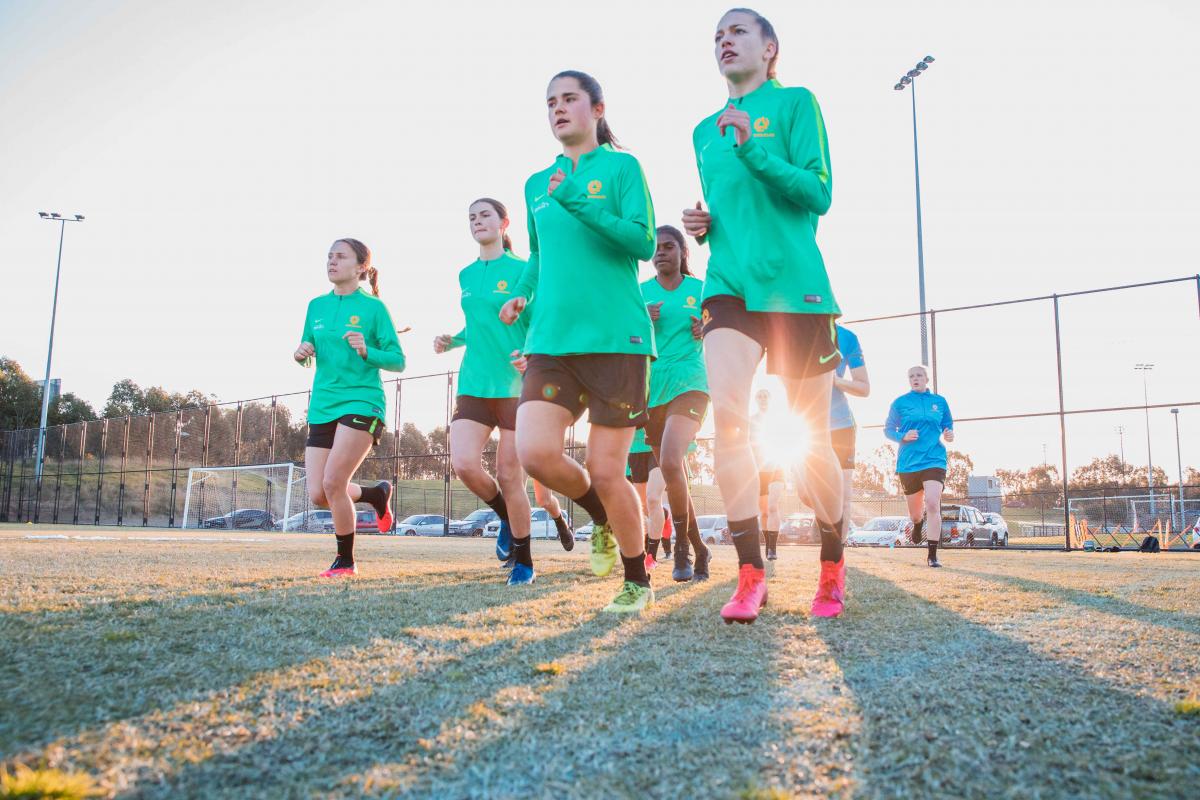 With that epic milestone in mind, the ambitious players could be forgiven for arriving at training in Sydney’s west with an added spring in their step, and with their focus and desire to achieve full national team honours over the coming years invigorated.

“It’s an exciting time for myself and the group to all be back together, and with the recent announcement of Australia co-hosting the FIFA Women’s World Cup™ in 2023 that also definitely brings a higher level of excitement towards the future,” Westfield Young Matildas and Future Matildas Head Coach, Leah Blayney, said.

This program has always been geared towards that kind of timeline where we would see some of these girls in the Matildas jersey come 2023."

“We are looking for players who have that winning mentality, a good level of resilience, as well as the technical and tactical ability to jump in with the Matildas side.

“There are certainly some individuals in the group who display some qualities that we are hoping will help them emerge into the senior national team sooner rather than later.”

Karly Roestbakken, who is now playing professionally in Norway with LSK Kvinner, is one player to have combined the Future Matildas program and her club environment to good effect since the program’s establishment.

Roestbakken was added to the Westfield Matildas’ squad as an injury replacement for Laura Brock (nee Alleway) for last year’s FIFA Women’s World Cup in France and has since made six appearances for the senior side, while also captaining Australia at last year’s AFC U-19 Women’s Championship in Thailand.

Blayney, herself a former Matildas and Young Matilda, said helping more players of Roestbakken’s potential into Matildas squads over the coming years will be her chief mission.

“I have a passion and drive to make Australians better (and) that’s what I foresee my role to be over the coming years, to further develop our Australian players to aspire to the highest levels, and genuinely build a love and passion for the jersey,” she said.

The majority of the group in this cohort are just over 18, so this program provides another layer of opportunity for these girls to train in a high-performance environment that previously may not have existed for them."

“The Future Matildas program is still very much in its early stages – we would be hoping that towards the future with greater investment in the program we are able to expand nationwide as well as offer greater opportunities to the existing girls in this program.”