For as long as anyone can recall, a member of the Janes family in Central Queensland has been involved with the 127-year-old Wesley Hall Cup.

As early as 1925, there are records of brothers Charles, Ted and George Janes playing for Rockhampton club Nerimbera in the Cup final.

Neville, who passed away in June, was a Central Queensland football icon and a long-serving trustee of the Wesley Hall Cup.

Now, his son Shaun Janes has taken over his role as trustee of the historic trophy.

Shaun, 59, is a local legend in his own right, winning the Cup three times as a player with Nerimbera and three times as either Head Coach or Manager of Capricorn Coast FC.

“In my era, we watched teams win this magnificent trophy and it was a privilege just to play for it, let alone win it,” he explained.

The Cup, which is said to be forged out of Mt Morgan silver and gold, is one of the oldest perpetual trophies in Australian sport.

It takes its name from James Wesley Hall, a former general manager of the Mt Morgan mine who presented the Cup to the Mt Morgan British Association Football Union in 1894.

The trophy is probably the handsomest ever competed for in Central Queensland, either on river or field. It stands fully three feet in height on a polished black pedestal, and is made of silver with gold embossings and ornamentations, while in the centre there is a vacant shield for the engravature of the victories it will give rise to.

To this day, the Wesley can only be won by football clubs within the area between the Styks River in the north, Emerald in the west and Gladstone in the south.

“Teams from Gladstone, Biloela, Emerald, Blackwater, Rockhampton and Yeppoon can all play for the Wesley Hall Cup, so long as they’re associated with Football Central Queensland,” said Janes.

Now valued at more than $100,000, the grand old trophy is locked away behind glass at the Frenchville Sports Club in Rockhampton and taken out only for special occasions.

“Back in the day, teams used to take it with them on the back of their utes down to their local pubs when they won it, and it would stay with them for the whole 12 months,” said Janes.

“As a trustee, dad would often keep it in the corner of our lounge room and clean it with a toothbrush before it would go back to the Association to be presented on Grand Final day.”

Over the years, to “win a Wesley” has become a point of great pride for those who have played football in the region. 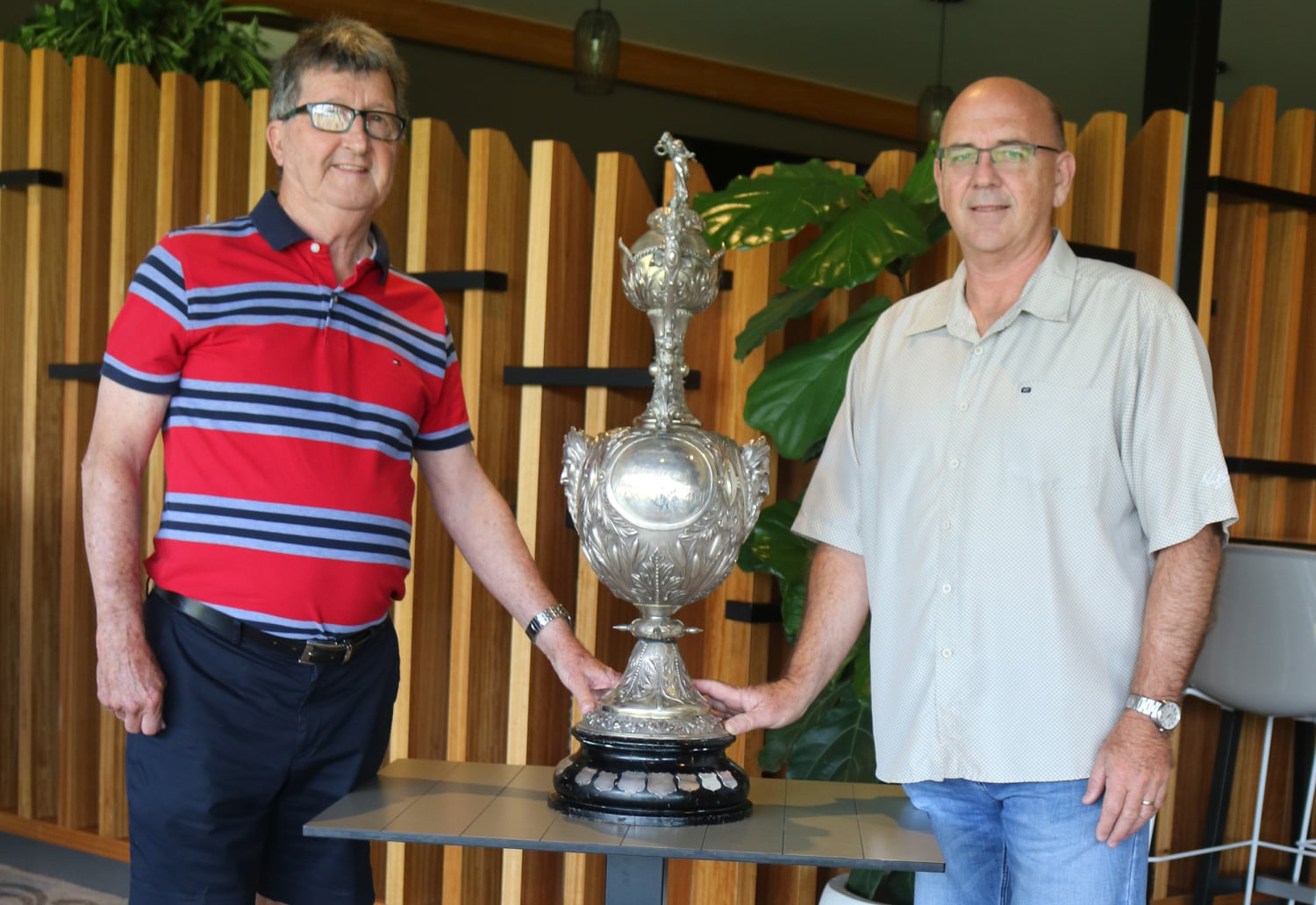 Football Australia CEO James Johnson, who grew up in Rockhampton, said the Wesley Hall Cup is “very close to my heart.”

“It is a fabulous trophy with tremendous historical importance to both Queensland and Australian sport,” said Johnson.

“I remember standing on the sidelines of Norbridge Park rooting for Berserker in 1992 and ’93 when the club won the Wesley back-to-back. My father coached the team and I think I may have been the mascot.

“I was very sorry to hear of Neville’s recent passing, but I’m pleased to see that a member of the Janes family is still involved in looking after the Cup.”

Brady, who has been a trustee since the 1980s, said it was “wonderful” to have another member of the Janes family on board.

“They have been so involved in this area for so long that it has almost got to the stage where it’s tradition to have one of them there,” he said.

For Shaun, who is Head Coach of CQ Premier League side Capricorn Coast, this season presents an opportunity to win his seventh Wesley.

The Yeppoon-based club are currently second on the ladder, six points behind Frenchville and five points ahead of Clinton FC.

Whatever the outcome, Shaun is proud to carry on his father’s legacy.

“I’m taking over a role that dad just loved,” he said. “He treasured the Cup, so to carry on as a trustee gives me a further connection with dad for the rest of my life.”

Football For All, For Life shines a light on the inspiring characters that make up the FQ community.