For Australian referee Sarah Ho, the prospect of officiating at the 2023 FIFA Women’s World Cup on home soil would be a dream come true.

Earlier this week it was announced that she is one of four Australian match officials who are candidates from over 750 FIFA referees and assistant referees worldwide for the ‘Road to AUS/NZL’ project.

Ho is Australia’s longest serving female on the FIFA Panel of International Referees and is no stranger to appearing on the global stage, having officiated at three of the past four FIFA Women’s World CupsTM (2007, 2011, and 2015).

But despite everything she has achieved to date, Ho remains committed to learning, improving and earning the right to play her part when Australia and New Zealand welcome the world to their shores.

“Everything else I do every day is to do with that. I’m focused on improving in the W-League games I'm doing and growing my experience as video referee on the A-League - all of that is contributing to my candidacy for the World Cup.

“Early on in my career I never thought that I'd be able to referee in Australia in front of my Mum and Dad doing a FIFA World Cup match. They've never been to any of my World Cup matches and to be able to officiate at the World Cup in my hometown, it would be incredible.”

For Sarah, this consideration for the showpiece tournament arrives years in the making.

Her football story commenced as a player for grassroots club Hazelbrook Hawks, before she tried her hand at refereeing after noticing a distinct lack of officials at female football matches in the Nepean area.

For a few years she juggled a heavy load of refereeing, playing and coaching an U10's team, before a fateful conversation with legendary referee and mentor Doug Rennie (AM) changed her life forever.

"In 2002 Doug Rennie said to me 'look, you're pretty good at this. Why don't you stop playing, stop coaching and referee- there's a career for you in refereeing.'

"I kind of laughed at him and said 'I don’t want to referee, I want to play.' But he said 'no no you’re good at this, there's this whole thing called FIFA and I think you can make it.'

"I went to the State Titles in 2002, then the National Titles and from then on I was in the Youth League. Looking back it was probably the best decision I've ever made!"

By 2004, two years on from that fateful conversation, Sarah was elevated onto the FIFA Panel - where she has remained ever since.

Fast forward to 2007, Ho became the first woman selected for the A-League referees panel and in the years that followed she officiated at three World Cups, five U/20 World Cups, two Olympic Games, two Asian Games and three Asian Cups.

Within a whirlwind of memorable moments, there is one particular match that stands out when Sarah takes a trip down memory lane.

"The most standout match that I've ever been involved in was the Quarter Final of the 2011 World Cup between USA and Brazil," she reflects. "Jacqui Melksham was the referee and Allyson Flynn and I were the assistant referees and that match had everything.

"It went to extra time. It had red cards, a penalty, everything - it was so intense."

Considering her experiences over the years, Sarah is well qualified to comment on the rapid advancement of the women's game on and off the pitch in recent times.

"It's such an exciting time to be in women's football, the momentum has been building for a long time now," she says.

"I'm seeing more women being involved in football in so many different ways. And refereeing is a part of that.

“There are many more girls and women refereeing now and not only refereeing, but playing and coaching and being administrators of the sport. I think it's really good for the sport having that diversity and having that different point of view.

“It's really become a 50/50 balance of men and women at national leagues training now and that's really affecting the culture and the professionality of the sport and the attitudes of people in sport. I think that's just fabulous and I can definitely say that many more of my colleagues and my friends in refereeing are women and that can only be a good thing.” 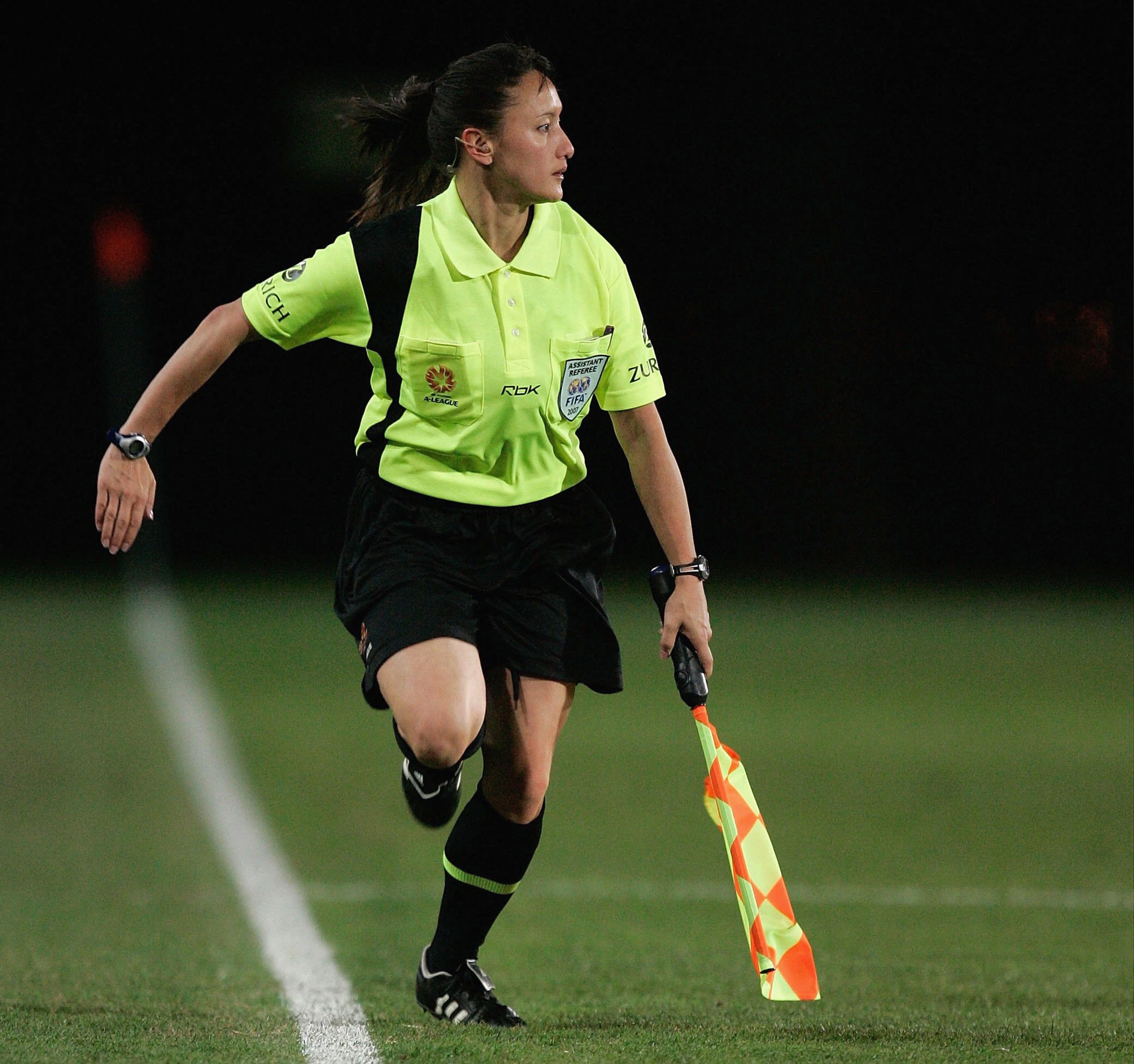 Moving forward, Ho is excited to see what the emerging crop of new match officials have to offer.

“I do try to mentor the younger girls too but at the same time I learn so much from them,” she says.

“They're coming through in a different era to me and they have like a different attitude than I had I think I was a bit more timid and a bit more, not such a go-getter the way some of the younger girls that are coming through and while I might teach them a few things here and there I learn a lot from them as well."