Shadeene Evans recognised as NT Junior Sportsperson of the Year

Australian footballer Shadeene Evans was recognised as the Northern Territory’s Junior Sportsperson of the Year at the 2020 NT Sports Awards on Sunday.

Evans represented the Westfield Young Matildas at the AFC U-19 Women’s Championship in Thailand last year, serving as vice-captain to Karly Roestbakken. 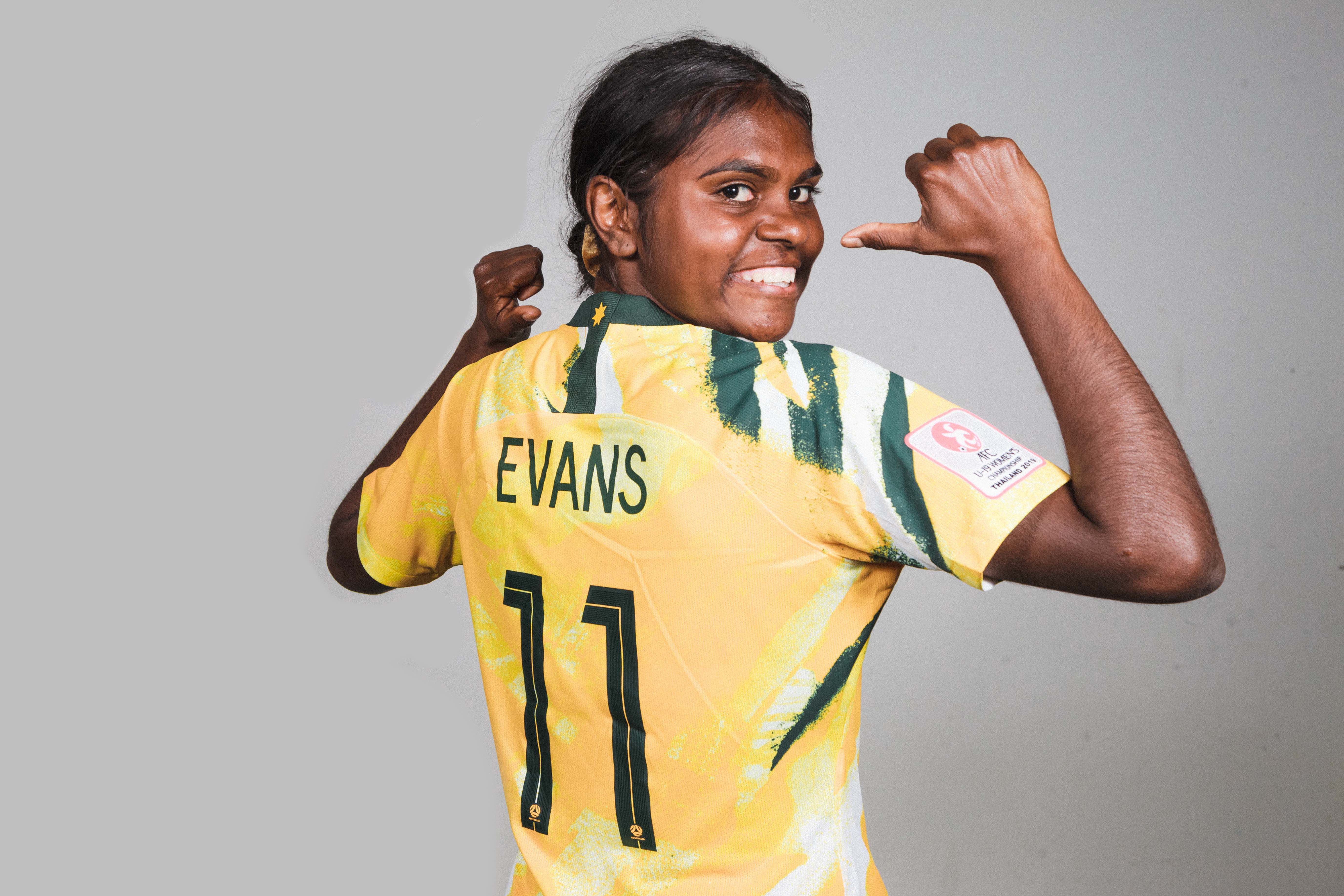 Evans, who hails from NT town of Borroloola, has also been a member of FFA’s Future Matildas training program, and represented Sydney FC in the Westfield W-League, in the past.

Northern Territory Minister for Sport, Kate Worden, said: “Territorians are showcasing their talent and skills across a range of sports at local, national and international levels. The NT Sports Awards provides an opportunity to acknowledge those who excel in their chosen fields.

“The achievements of our athletes wouldn’t be possible without community support, ranging from our wonderful volunteers, parents supporting children’s weekend games to those training our professional athletes. Everyone who is involved in the Territory sporting community plays a role in its success.

MORE: Mel Andreatta reflects on experiences in the NT

“I would like to congratulate this year’s winners, nominees and finalists. Their diligence, passion and commitment to sport instils a sense of pride in all Territorians”.

JMF have also played a key role in Evans’ football journey to date. She was just 12 when she went away on her first football trip with JMF, and since then has travelled to the FIFA World Cup in Brazil to watch the Socceroos with the Foundation, and received a JMF scholarship to support her development.