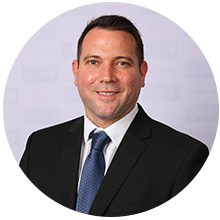 A qualified lawyer and retired footballer, James is a sports administrator who has previously held senior executive positions with FIFA, the Asian Football Confederation and City Football Group.

Since its release in 2020, James has been focused on bringing this vision to life and has already overseen a meaningful change in Australian football, including:

James is a regularly featured speaker at sports conferences domestically and across the globe. 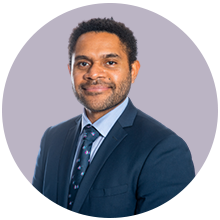 A qualified Lawyer by trade, with a Master of Laws from the University of Melbourne, Alex has worked at ExxonMobil Papua New Guinea in both a Government Relations capacity and as In-House Legal Counsel.

A former Papua New Guinea Men’s Football International, Captaining at U20 and U23 levels, Alex has also enjoyed various roles with the Papua New Guinea Olympic Committee (‘PNGOC’) including Director and Board Member, Chair of its Athletes’ Commission and Commercial Manager.  Alex has also been on the Athletes’ Commission of the Oceania National Olympic Committees.

After founding his sports consultancy service in Papua New Guinea, advising clients including the PNGOC, FIFPro Asia and Oceania, Professional Football clubs throughout the Asia-Pacific region, and FIFA’s Development Department, he relocated to Australia and currently works closely with Football Australia CEO, James Johnson, providing strategic advice across all areas of Football Australia. 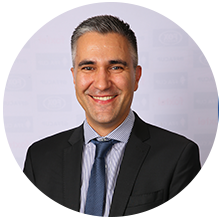 Mark Falvo was appointed to Football Australia in 2008 where he was responsible for finance, strategic planning and international football development as part of Football Australia's FIFA World Cup and AFC Asian Cup bids.

In 2010, Mark was appointed Executive Manager. He oversaw the development of Football Australia’s 2010-2015 Strategic Plan and other key projects including the FFA Cup and National Competition Review which led to the establishment of the National Premier Leagues framework.

In 2013, Mark was appointed to the role of General Manager, International Affairs at Football Australia which he continues to fulfil in addition to his responsibilities to the AFC Asian Cup.

In 2015, having successfully delivered the AFC Asian Cup, Mark returned to Football Australia as Head of Corporate Strategy, International Affairs & Government Relations, and was later promoted to the position of Football Australia Chief Operating Officer and Deputy General Secretary.  Mark is a member of the AFC and AFF Competitions Committees.

Photo and Bio to come 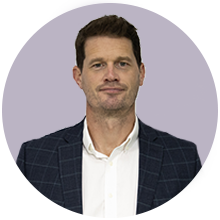 Paddy Steinfort was appointed Head of Performance in June 2021.

Paddy comes to Football Australia highly credentialed and experienced from the Major League Baseball team Boston Red Sox where he most recently held the position of Senior Performance Coach.

He was also previously Managing Director of Leading Teams New Zealand, where he played a vital role developing high performance cultures, teams and leaders across a number of sports around the globe delivering innovative and tailored programs to organisations in leadership and high performance development. 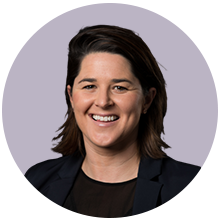 During her playing career, Sarah competed at the highest levels of football for 15 years including representing Australia at the 2004 Summer Olympic Games in Athens and the 2007 FIFA Women’s World Cup in China. Sarah (cap #125) represented the Matildas between 2004- 2012, representing Australia 70 times and scored 35 goals. Sarah competed in the Westfield W-League playing for Sydney FC and was the Western Sydney Wanderers Captain during the Westfield W-League Clubs inaugural season in 2012. Sarah also played professionally overseas in the Women’s Professional Soccer League for Clubs in New Jersey, Boston and St Louis.

Immediately after retiring from football in 2013, Sarah utilised her formal learning and years of leadership and high-performance experience to move into various business and football development positions within Football Australia. During her time at Football Australia, Sarah has accumulated extensive experience in driving outcomes for participation, inclusion and gender equality; developing and executing frameworks to create more inclusive football environments for all stakeholders across all levels of the game.

Sarah is a member of the Asian Football Confederation’s Womens Football Committee and is responsible for leading and executing a Legacy for Football in Australia through the delivery of the 2023 FIFA Women’s World Cup. 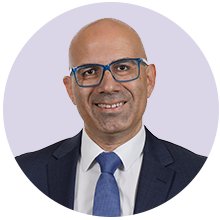 Peter has over 25 years of highly successful experience as an accomplished senior C-Suite executive in sports administration, providing strategic and operational leadership with some of Australia’s most iconic sports and entertainment brands.

He has a well-developed reputation within the sports and entertainment industry with an extensive industry network and an innate ability connecting business and Government with sport.

Peter is presently a key member of the senior management team at Football Australia in the role of Head of Marketing, Communications and Corporate Affairs.

Peter joined Football Australia from his previous role is CEO of Football Victoria (FV).  In this role he was able to drive an ambitious new strategic growth agenda under the “FootbALLways” strategic plan devised under his stewardship.

Achievements in this role included strong participation growth of 24% in 2018 and 29% in 2019, unlocking over $300M in government funding to address the grassroots facilities gap in Victoria and a leading the Home of the Matildas project and developing a business case for a $116M world class national training centre and successfully securing government funding support from the Federal and State Governments.

Prior to joining FV, Peter had a successful three years’ as CEO at the Perth Glory Football Club.  In this role, Peter played a critical role in the business transformation of the club and developing and implementing a new strategic plan, “The Perth Glory Way”, driving the club in a new and exciting direction which lead to significant improvements in the club’s operations commercial, and high-performance achievements, as well as creating a new football strategy which included the development of a Football Australia accredited two-star junior academy.

Peter has developed a strong reputation as a senior sports and entertainment executive with a demonstrable history of major accomplishments in all his roles as the strategic, marketing, and commercial lead throughout his career. 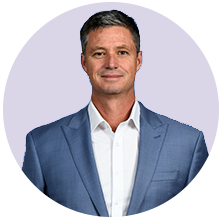 Trevor Morgan is the current U17 Men's Coach who took the Joeys to the 2019 FIFA U17 World Cup. Over the last 30 years, Trevor has been work at all levels as a Head Coach from Elite Youth Development, National Youth League, NPL. He has also worked as an assistant coach and analyst at the FIFA U20 World Cup, U23 AFC Men's Championships, A-League with Western Sydney Wanderers, including during their winning 2014 AFC Asian Champions League and attending the FIFA Club World Cup.

With a background as a school teacher, Trevor was Director of Football at Westfields Sports High School, a school which has produced 20+ Socceroos and Westfield Matildas and often has 4-6 players in the men's and women's junior national team squads. This background drives a holistic approach to player and coach development, which is aligned with the XI Principles around building Australia’s confidence in its own capacity to deliver players at coaches for the highest level. 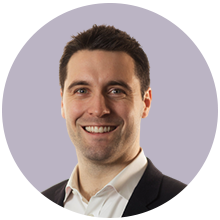 As Commercial Director, Tom focused on delivering commercial revenue and growth for SRM’s clients and own projects, working across Europe, North America, Australia and the Middle East.

While in the UK, Tom co-founded The Mullagh Group, a business network of Australians working in the sports industry in the UK and Europe, facilitating growth in Australia’s “off-field” reputation in sport, and working closely with the Australian High Commission to drive sport diplomacy initiatives. Tom was also a member of the Agent General for South Australia’s International Markets Advisory Board.

Prior to working with SRM, Tom was a lawyer at Minter Ellison Lawyers, specialising in Intellectual Property, Information Technology, Competition Law and Real Estate. In addition to his legal background, Tom has a Bachelor of Commerce, majoring in both Marketing and Management.

Tom has also been a member of the Asian Football Confederation’s Marketing Committee since September 2020. 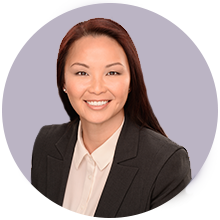 Jenny inherited her Dad’s love of football and personally understands the games’ ability to transcend culture, languages, and circumstances. Jenny holds a Master of Business Administration from the Australian Graduate School of Management and Bachelor of Engineering from the University of Queensland. She is a graduate of the Australian Institute of Company Directors and is a member of Fishburners Start-up Founders Hub.

Will Hastie - Head of Member Federation Relations and Community 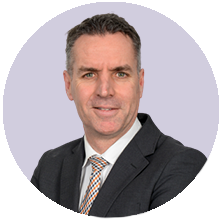 Will Hastie was appointed as Football Australia’s Head of Member Federation Relations and Community in January 2022.

Will has fulfilled many roles in Australian football including as an Australian youth representative, professional player, B licensed coach, club technical director, administrator, and volunteer.

Previously, Will was Manager, Player Services and Community at Professional Footballers Australia (The PFA) leading the organisation’s Player Welfare programs, Marketing and Communications, Commercialisation and Awards and Events programs.

Will has also spent time in Sales and Marketing roles with NAB, Australia Post and Credit Union Australia.

Will’s passion is community football and believes that sport’s magic is in its ability to provide equal opportunities to communities within which to engage.

Will has a Bachelor of Business (Marketing) and sits on the AFC Development Committee. 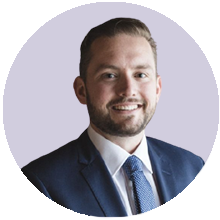 Nathan has had extensive involvement in refereeing and competition management across multiple levels of Australian football, including being a member of the Football Australia Referees Committee and a leading referee instructor and coach.

He is a graduate of a Graduate Certificate of Business Administration from Torrens University, Adelaide. His sports administration career has seen him hold management positions with Cricket Australia, South Australian Cricket Association and Football South Australia, providing him with a diverse experience across competitions, high performance and officiating.

As a former member of the Football Australia Referees Committee, Nathan played a key leadership role in developing strategies to support the transition towards a high-performance model for officiating.

Nathan has Football Australia at several FIFA Futuro Referee Technical Instructors courses, enhancing and further developing his technical knowledge and football experience at a national and international level and strengthening his connection with FIFA and the Asian Football Confederation