Football Australia has today launched OUR GAME, an initiative aimed at harnessing the power of football to build an inclusive and diverse game that embraces, positively influences, celebrates, and elevates women and girls.

The co-hosting of the FIFA Women’s World Cup Australia & New Zealand 2023™ presents a unique opportunity for Australian football to leverage the moment and strive to become the nation’s largest community sport to reach gender parity by 2027.

Underpinning the development of Our Game is extensive research into the drivers for the attraction and retention of women and girls at all levels of the game.  Taking learnings from successful programs implemented by UEFA and FIFA, the initiative’s ambition is to cultivate an energised and passionate community to own the future of women’s football confidently and unapologetically.

For well over a decade now, women’s football has seen unprecedented growth and popularity in Australia. This year we celebrated the 100-year anniversary of the first recorded public women’s football match and while the women’s game has progressed significantly in the past century, we also acknowledge that there is much more we can achieve.”

“In 18 months we will co-host the FIFA Women’s World Cup Australia & New Zealand 2023™ – the world’s biggest standalone women’s sporting event.  We are provided with an unprecedented opportunity to accelerate our aspiration to become the centre of excellence for women’s football in Asia-Pacific, and in doing so become the first Australian sport to reach gender parity in participation.

“Our Game is our platform and Legacy ’23 is our game plan for Football Australia’s bold objective.  To do this we understand the importance of us as a sport tackling head on the barriers of awareness, accessibility and apprehension that hold back women and girls from fully participating in football. 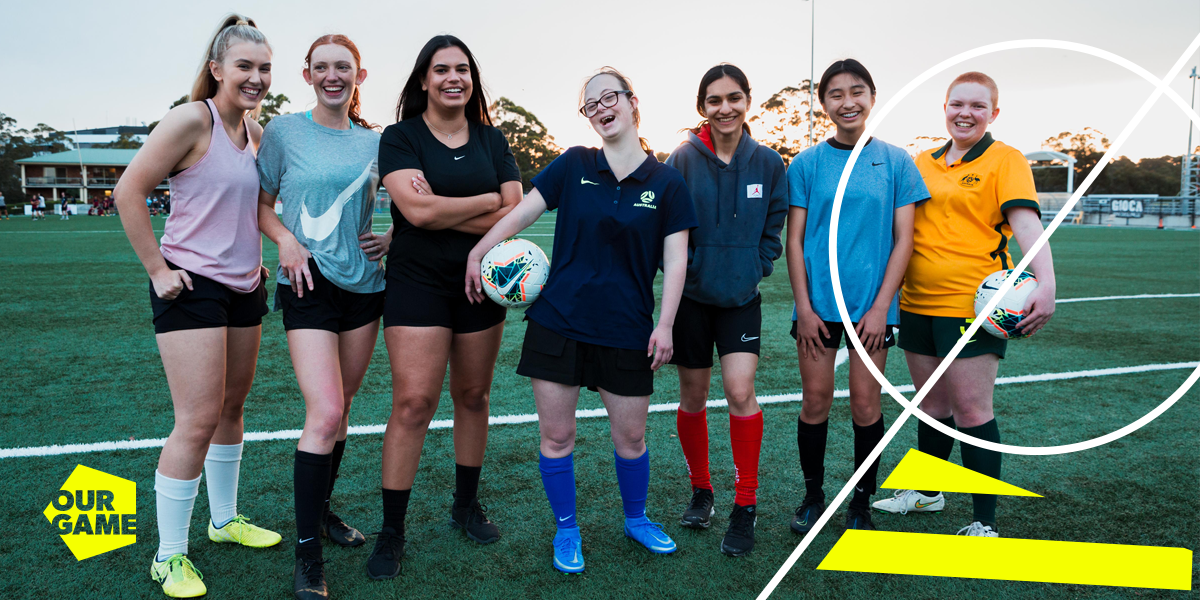 “This soft launch is our first step in this exciting initiative, and we are looking forward to building this in partnership with the community to ensure that we are responsive to their needs.”

Our Game will work at addressing perceptions and hesitations of women in football, enhancing visibility and awareness of the various avenues of involvement, celebrating accomplishments, and providing practical resources to facilitate participation.

Following the initial launch, Football Australia and its Member Federations will deliver a program of club and individual resources, media activities and community events to present opportunities for women and girls of all ages, backgrounds, and abilities to be part of football.  It will also be the avenue to build excitement ahead of the FIFA Women’s World Cup Australia & New Zealand 2023™.

Get involved with #OurGame:

Football Australia’s Head of Women's Football, Women's World Cup Legacy & Inclusion, Sarah Walsh, believes that Our Game can be transformative for the sport.

“The future of women’s football is truly now and through Our Game all our partners and stakeholders have the opportunity to take ownership of their ability to aid women’s football in reaching its full potential,” said Walsh.

As we head into 2022, we are looking forward to collaborating with our Member Federations and community clubs to foster environments and support structures that truly embrace women and girls, to empower a generation to drive the future of the game.

“Through Our Game we can transform how women and girls see themselves and their involvement in football.  Vitally, this is their opportunity to shape and own what the future looks like for women and girls in football.  I believe, and we have seen the evidence internationally, that in informing, emboldening, and promoting the unique culture of the women’s game, we can accomplish a long-lasting and genuinely positive impact on football.”