Football Australia is pleased to announce that it has reached a landmark media rights agreement with 10 ViacomCBS for the broadcast of matches of the Australian National Teams and the FFA Cup.

The agreement, which encompasses the media rights for all national teams (Socceroos, Westfield Matildas, Young Socceroos, Westfield Young Matildas, Joeys, and Westfield Junior Matildas) owned or controlled by Football Australia, as well as AFC Asian Qualifiers – Road to Qatar, AFC Asian Cups, and other AFC tournaments until 31 December 2024, also celebrates the largest Socceroos and Westfield Matildas broadcast deal ever. Football Australia acquired the rights to the AFC competitions from the AFC to enable this compelling package of rights to be created.

In a ground-breaking move, the agreement will also include coverage of the FFA Cup (from the Round of 32) on Paramount+ with the FFA Cup Final, to be broadcast on Network 10 each year.

The deal, signed and completed today and commencing on 1 August, will result in a massive boost for Football Australia and cement 10 ViacomCBS as the new home of football.

For the fans, this means that extensive coverage of Australia’s National Teams and the FFA Cup (in addition to the A- League and Westfield W-League) will be available on 10, 10 Bold and 10 Play, as well as Paramount+, which will be available in Australia from 11 August, for $8.99 per month.

Football Australia CEO, James Johnson said that this new media rights agreement with 10 ViacomCBS would deliver not only significant revenues to the game, but also major contracted commitments to promote the sport more broadly through content integration and promotional opportunities on the network with a reach of up to 23 million people. As part of the deal, 10 ViacomCBS will also commission a children’s programme focused on promoting participation in football.

This landmark agreement delivers on the core objectives for Football Australia’s media rights sale process to maximise reach and value from a media rights partnership, and to create a partnership with a broadcaster who has a strong commitment to leverage their investment to further grow the game at all levels and in line with Football Australia’s 15- year vision and strategic agenda. 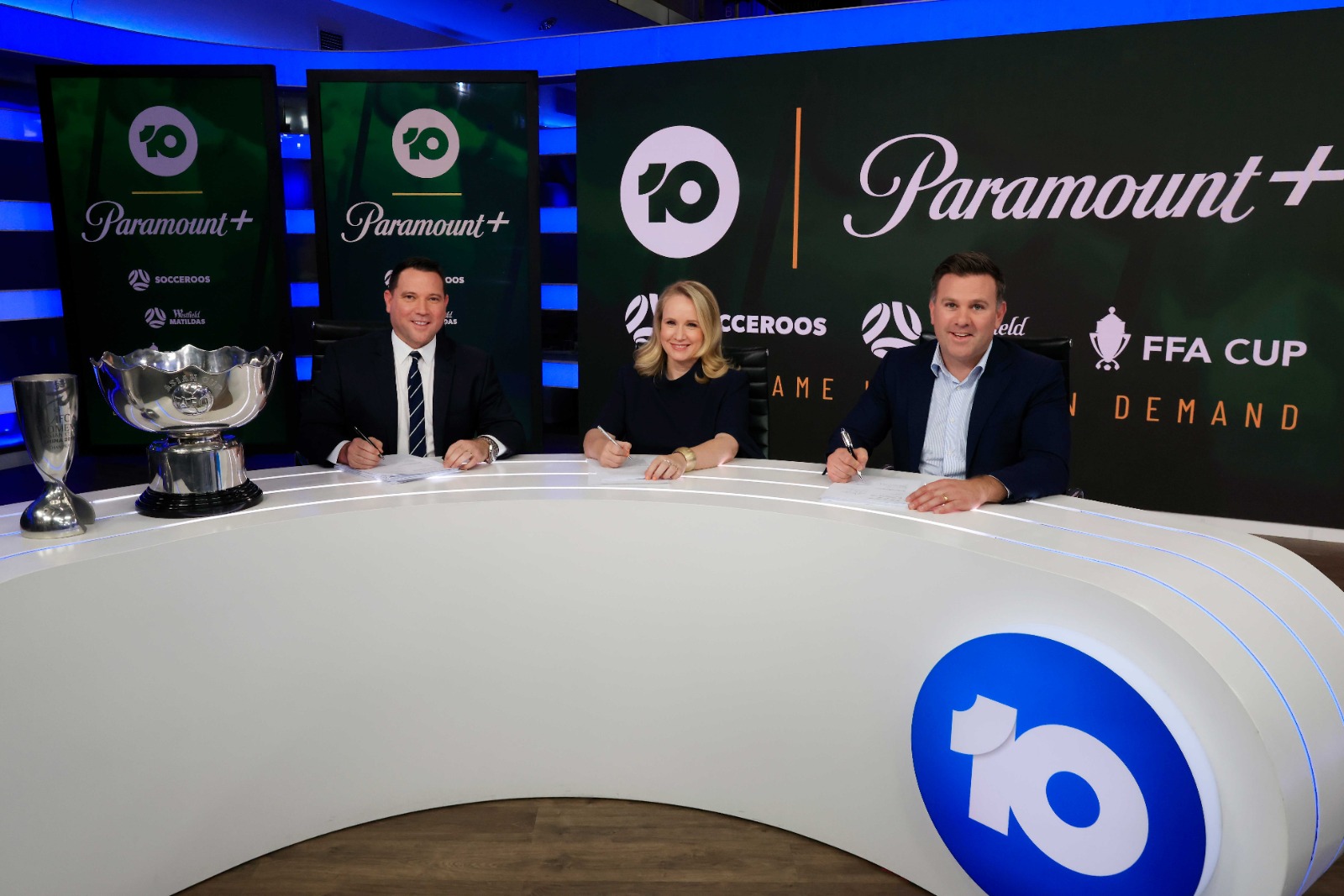 “We are extremely pleased to welcome Network 10 and Paramount+ to the Australian football family. This is an enormous vote of confidence in the future direction of football in Australia including the bold 15-year vision and strategic agenda we have set for the game. It is also an endorsement of both the strength in the Westfield Matildas and the Socceroos brands and recognition of the exciting international schedule they face over the next 3.5 years.

“This is a wonderful result for our game and after a challenging 2020, provides our sport with greater financial certainty in the years ahead and will ensure that our fans will be able to continue to watch our Westfield Matildas and Socceroos wherever they are and at the same time, provide a platform to launch a re-invigorated FFA Cup.

“All sections of the community and business have felt the impacts of the COVID-19 pandemic, and this partnership announcement today, along with other commercial announcements recently with Priceline, rebel and Commonwealth Bank, are symbolic cornerstone moments for our sport.

“This is the first time Football Australia has been able to secure a direct broadcast deal of this nature with a commercial free-to-air partner, which provides the game with vital exposure on the primary channels of Network 10 and a variety of other platforms, including the soon to be launched Paramount+.

“No sport has the power to unite all Australians quite like football can. The Socceroos and Westfield Matildas have created many magical and iconic moments for our nation over the years and this partnership gives us the ability to connect two of Australia’s biggest sports brands with Australia’s favourite national knock out community tournament, the FFA Cup by showcasing this content to a greater audience and across multiple platforms. This exciting partnership also unifies the sport, by bringing all parts of Australian football together, including the A-League and Westfield W- League, on Network 10 and Paramount+, making it easier for the Australian football fan and beginning a new era for Australian football.

“We thank Network 10 and Paramount+ for backing the game in such a profound way and we look forward to a prosperous partnership where we can connect and engage with the biggest club participation base in Australia, and inspire them with our Westfield Matildas and Socceroos via a unique viewing experience. I would also like to take this opportunity to pay tribute to the enormous contribution that Patrick Delany and Fox Sports have made to Australian football over the last 15-years. Fox Sport’s commitment, leadership and significant investment has helped evolve our game to where it is today, and for that we will always be grateful”. 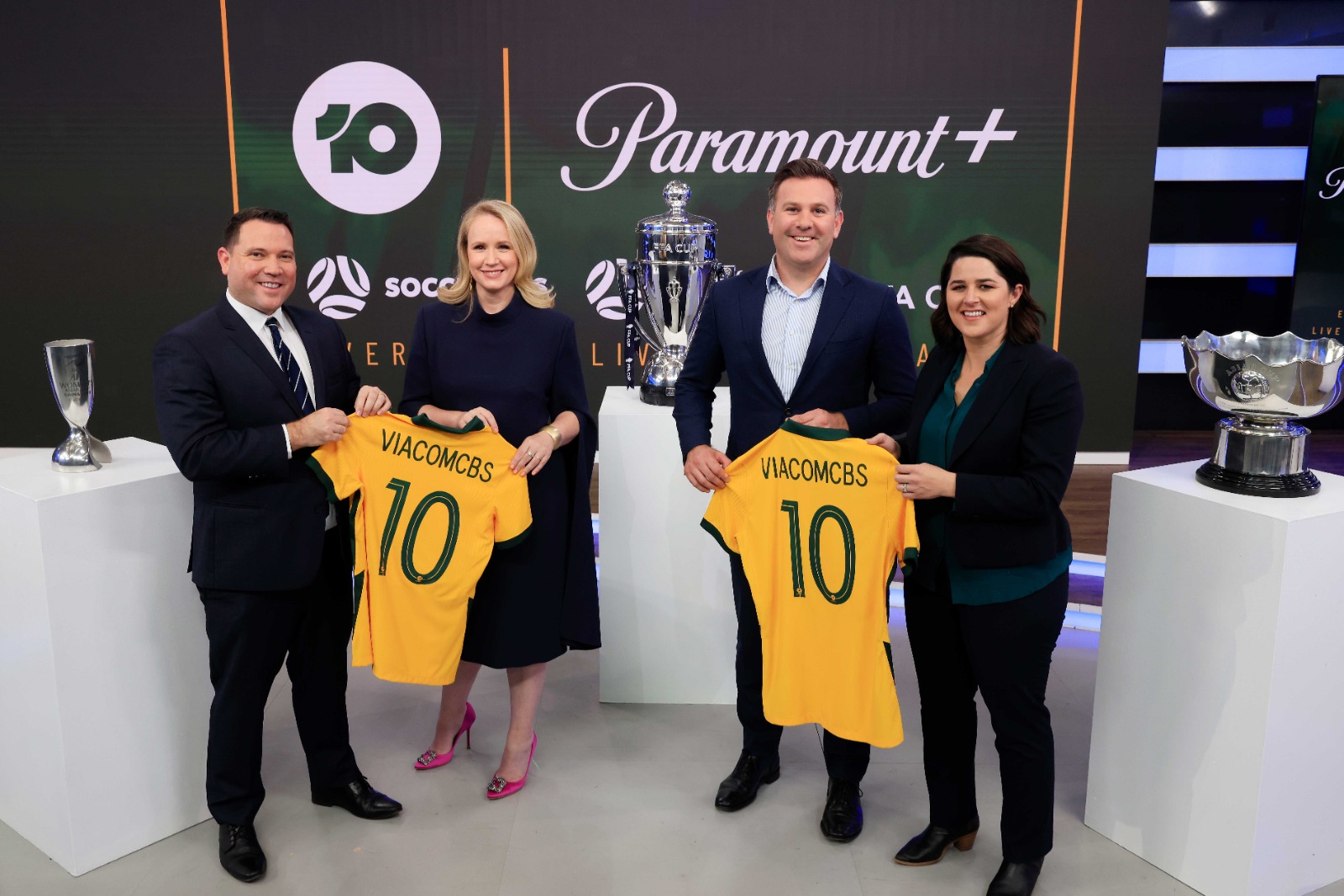 “Through this partnership, we are well placed to elevate Australian football with the unprecedented reach these world- class platforms now offer, which includes the youngest audience for a commercial network (30% of audience under 39) and the most female audience of any commercial network (61%).

“We are focused on anchoring the growth of Australian football through the continued growth of women’s football and our partnership with 10 ViacomCBS, which is committed to the same objective, helps us achieve that. This partnership will play a key role in helping us inspire every young Australian, regardless of their gender, ability or background through our world class Westfield Matildas and Socceroos as the unifying symbols of the game and heroes who epitomise the Australian football identity.”

“Today marks a new era for Australian football. This landmark agreement gives all Australians access to more football than ever before.

“We are thrilled to partner with Football Australia and are proud to provide National Teams football and the FFA Cup unprecedented reach and exposure across our many platforms including on Network 10 and our new streaming service Paramount+.

“We will be showcasing all Socceroos, Westfield Matildas and FFA Cup, which not only complements our recently announced rights deal to broadcast every A-League and Westfield W-League match but reinforces our commitment to football in this country.” 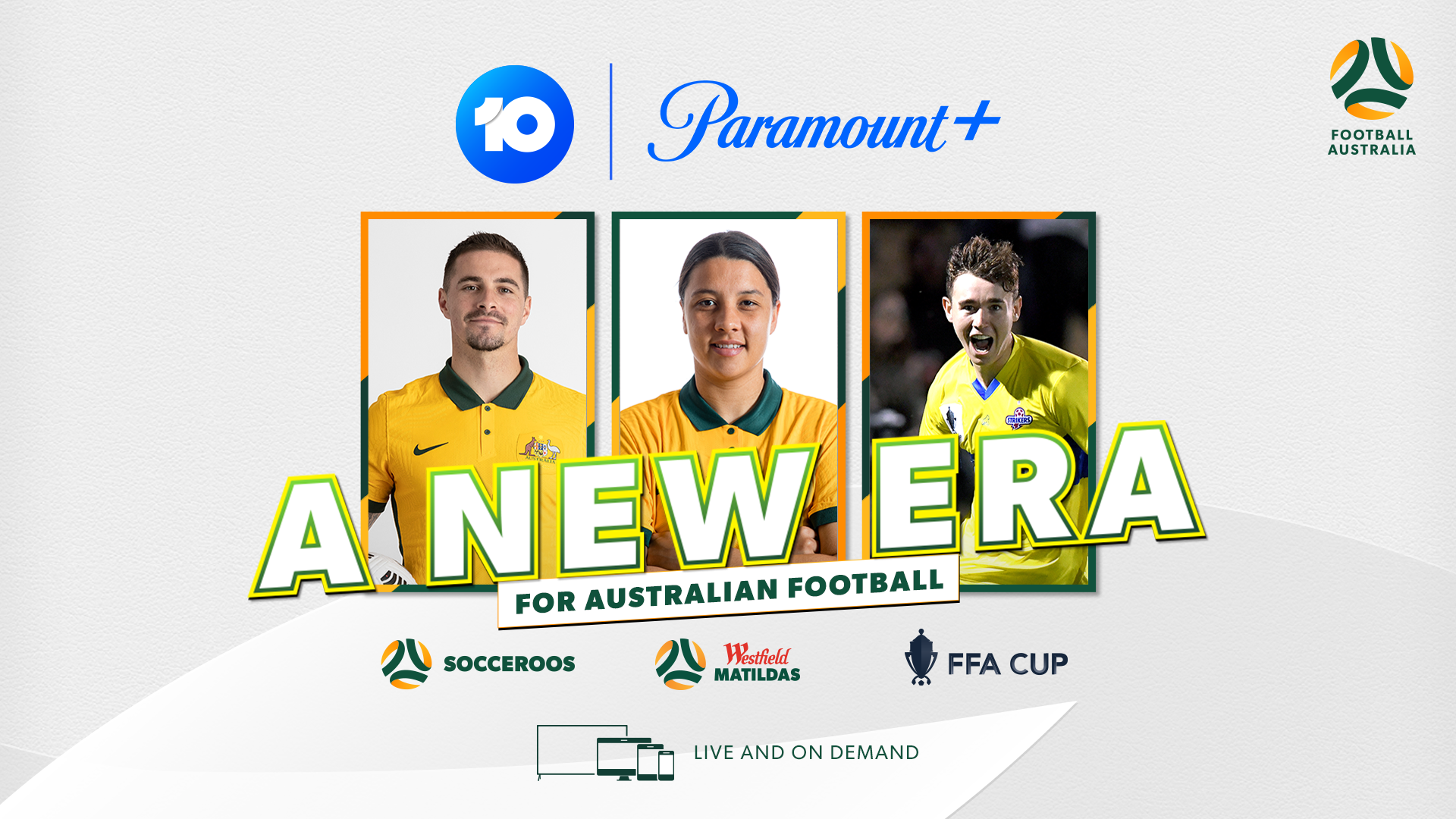 “The announcement today really does mark a new era for Australian football and an era we are delighted to be a part of.

“This landmark deal further accelerates our strategy and commitment to broadcasting the sport to all Australians. The broad reach and exposure the sport, teams and players will receive, along with the wealth of programming opportunities across all our platforms, including those of our parent company ViacomCBS are unparalleled.

“But of course, the real winners here are the fans.

“We are looking forward to working with Football Australia and establishing one of the strongest sporting partnerships in the world.”