CADBURY chocolate has been proudly produced in Australia since 1922, continuing to this day to be a household favourite found in Australian homes across the country.

In 2020, Cadbury was proud to launch its national Women in Sport initiative, partnering with four major sporting codes including the Commonwealth Bank Matildas. The initiative was designed to curb the high dropout rate in women’s sport, with one in two girls dropping out from the age of 15.

Alanna Kennedy, one of the team’s star defenders, was selected as an ambassador for the initiative. Kennedy featured in Cadbury’s Get in The Game content series which addressed the barriers she overcame to get in the game, inspiring other girls to do the same.

We all know the age-old saying ‘you can’t be what you can’t see’. That’s why the Cadbury Women in Sport initiative is shining a light on several incredible Australian female athletes, like Alanna Kennedy, to give young girls progressive and positive role models to look up to.

The other codes involved in Cadbury’s initiative include AFLW, Australian Women’s Cricket team, and the NRLW. By unifying the codes, Cadbury hopes to support the continued growth and equality of women’s sports in Australia.

Jessica Finger, Marketing Manager at Cadbury Australia says: "We’re thrilled to partner with the Matildas in our Women in Sport initiative. As a brand, we want to show our commitment to the Australian community, and we feel incredibly passionate about encouraging and supporting the continued growth and equality of women’s sport in our country." 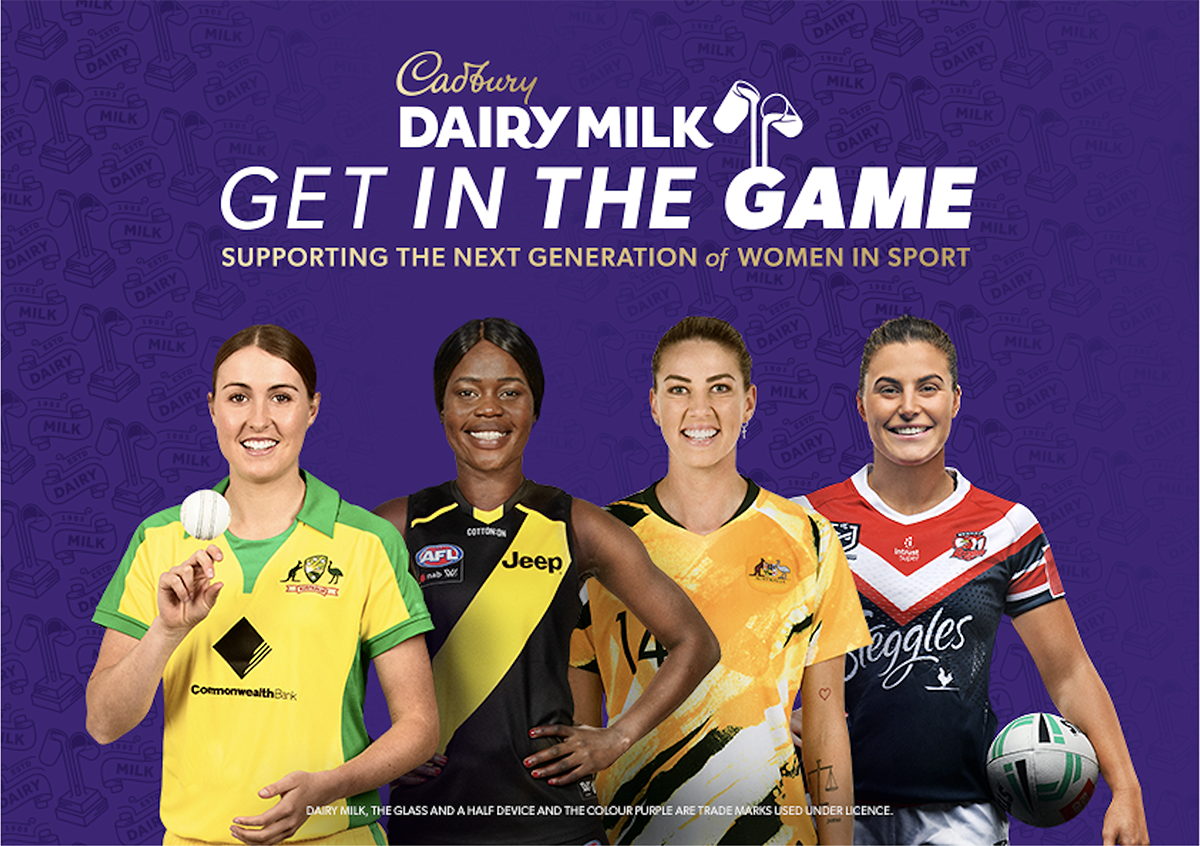