FFW 2021: How Brodie Wales brought together Westfield Matildas fans across the nation

During Female Football Week 2021, Football Australia will celebrate the remarkable achievements of women throughout our football community while recognising the far-reaching benefits the game has to offer.

In recent times, Westfield Matildas matches on home soil have been synonymous with a backdrop of passionate fans - much of that is down to the work of Brodie Wales and the Matildas Active Support.

The group, founded in 2018, play their part in encouraging fan attendance at home and overseas international matches, organising fan catch-ups outside of fixtures and creating chants, banners and flags which provide a vibrant matchday atmosphere.

While Brodie grew up surrounded by football, it took her some time to enjoy it as a sport.

But once she was hooked, there was no turning back.

"It began with being dragged around to my brother’s games as a child and I hated the game," she recounts.

"Then in my late teens, I started to enjoy going to watch him play (because it usually meant sitting in the sun in winter) which eventually led to something clicking and I fell in love with the game."

While she spends most of her time cheering on her beloved Sydney FC, Brodie has also tried her hand out on the pitch and in the technical area.

"Last year I coached a local team of under 6’s - which was chaos - and I’ve played one season of six-a-side, but it is really as a fan that I contribute to the game," she explains.

"I’ve been an A-League and W-League fan since season 1, have volunteered on match days with Sydney FC  and most recently have contributed to the growth of the fan community around women’s football as a founding member of Matildas Active Support."

Brodie was involved in the humble beginnings of Matildas Active Support, when in 2018, alongside a handful of fans, she set up a Facebook group for Aussies planning to travel to France for the 2019 FIFA World Cup.

"We thought the group would be a few hundred people but by the time the Cup kicked off, there were 1200 of us!", she recalls. 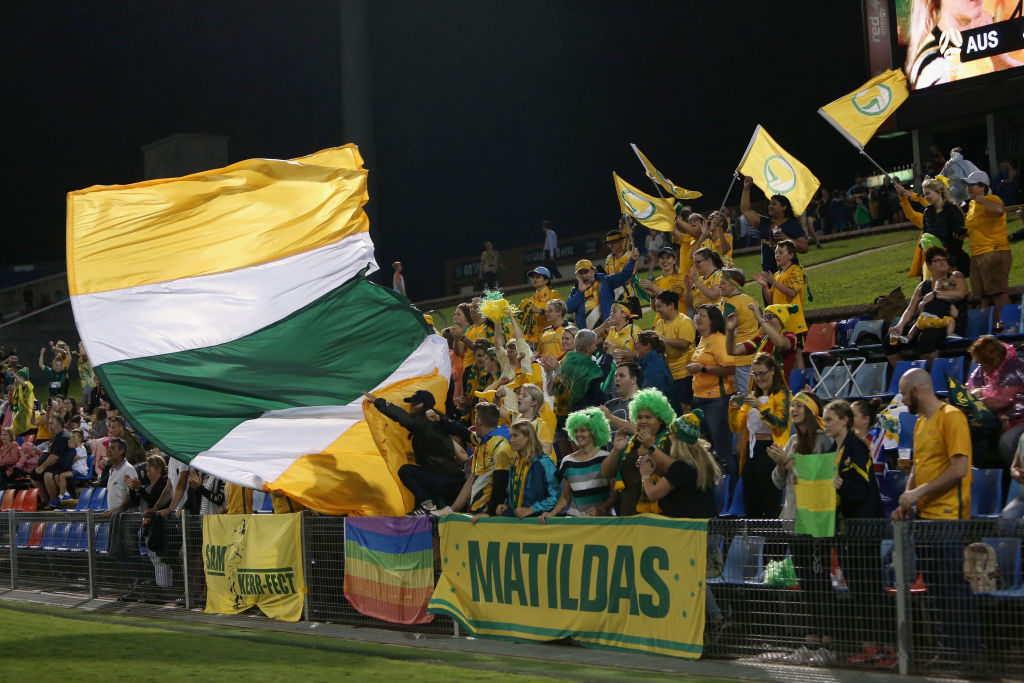 "It was clear that there was an appetite in the group to have an Active Support group so the community worked together to develop chants, banners & flags, bringing plenty of noise and colour to the games.

"We organised a “home pub” in each city the Matildas played in which helped to create an amazing sense of community and increase the noise level at matches!

"Since then Matildas Active Support has been at every Matildas match on home soil and we are currently planning a travel community for the 2022 Asian Cup and of course some Matildas Active goodness for a wee event happening at home in 2023..."

When looking back on her time within the football community, Brodie recounts one experience as a clear favourite.

"The sense of community amongst the fans in France for the 2019 World Cup is easily the biggest highlight of my time in football," she says.

It was such a special time and one of the best things I’ve been involved in my whole life. Honestly, isn’t community the best thing about football?"

"At the moment I am particularly looking forward to the 2022 Asian Cup," she says.

"COVID ruined our chances of travelling to the Olympics so I’m desperately hoping that COVID doesn’t prevent fans from travelling to the tournament. We’ve already formed a travel group so that we can have a good Matildas Active Support presence in India."

Brodie treasures the Matildas Active's inclusive atmosphere - something she hopes to continue promoting on a wider level with the 2023 FIFA Women's World Cup on the horizon.

"In terms of personally achieving things through football, I’m really committed to using my skills to continue to grow the wonderful sense of community that exists around the women’s game," she enforces.

"My background is in events, so I’d love to be heavily involved in the 2023 World Cup - whether that’s helping Matildas Active Support have a strong presence at matches and welcoming other fan groups from all over the world, or being involved more broadly in making it a wonderful tournament.

"I’m keen to play a part in this special moment in Australian women’s football history."

Brodie shares the standpoint that the 2023 tournament shapes as a 'huge opportunity' for the future of the game in this nation.

"It is a great chance for Australia to be really purposeful about what we want the women’s game to grow into across all of its facet - players, coaches, referees, administrators, football media and fans.

"This has given women’s football its own platform and an opportunity for grassroots and professional levels to evolve into something unique, not just be an add-on to something existing.

"I’m pleased to see that from day one Football Australia has identified that this tournament needs to have women and women’s football as both a central focus and key beneficiary.

"It’s a wonderful thing for all football-loving Australians to have a World Cup on home soil but it’s a truly special time for the women’s football community specifically and the outcome needs to be women thriving and leading across all areas of the game long into the future - from the players to officials, administrators and beyond."