Football Federation Australia (FFA) today confirmed that they have accepted the resignation of referee Jarred Gillett who will finish his duties in March 2019 to pursue both academic and refereeing opportunities overseas.

Gillett graduated with a PhD in Biomechanics from The University of Queensland in December 2018, which focused on children with Cerebral Palsy. Gillett has been offered and accepted a position at Liverpool John Moore's University, where he will continue his research, which starts in April 2019, but he was also keen to continue working as a referee. To that end, Gillett will join the Professional Game Match Officials Limited (PGMOL) Select Group 2 for season 2019/20 being the group who referee in the English Football League Championship.

Gillett, one of FFA's foundation full-time referees, has refereed 154 matches since 2010 including five (5) Hyundai A-League Grand Finals and has been named the Hyundai A-League Referee of the Year five (5) times.

Gillett was also one of the first Hyundai A-League match officials trained as a Video Assistant Referee (VAR).

FFA Head of Leagues, Greg O'Rourke, acknowledged that Gillett's resignation caused mixed emotions given the impact of losing one of our best from the Hyundai A-League, but fully understood his desire to advance his career and wished him well for the future.

"It is a sad day to lose a referee of Jarred's calibre both for his on-field performances but also as a colleague and a mentor to many. We fully understand and respect his decision to pursue opportunities in both academia and Refereeing in the UK and we wish him and his wife all the best for the future, said O'Rourke.

"Since joining the Hyundai A-League referee panel in 2010, Jarred has proven himself on field as one of the best referees that Australia has ever produced.

"It is not only domestically that Jarred has excelled, but also internationally with plenty of high profile appointments in the AFC Champions League & AFC Cup as well as exchanges in the J-League (Japan), Chinese Super League and the Saudi Pro-League.

"Although Jarred is moving on, he has provided a benchmark for the many young Australian referees coming through the ranks looking to emulate his achievements, concluded O'Rourke.

FFA Director of Referees, Ben Wilson, was disappointed but pragmatic about Jarred leaving the Hyundai A­-League.

"Referees are just like players and I fully understand Jarred's decision to look for other challenges outside Australia, said Wilson.

"Having watched Jarred's development over the 8 past years, he has definitely grown into a word-class referee that has the respect of players, coaches and fans alike. 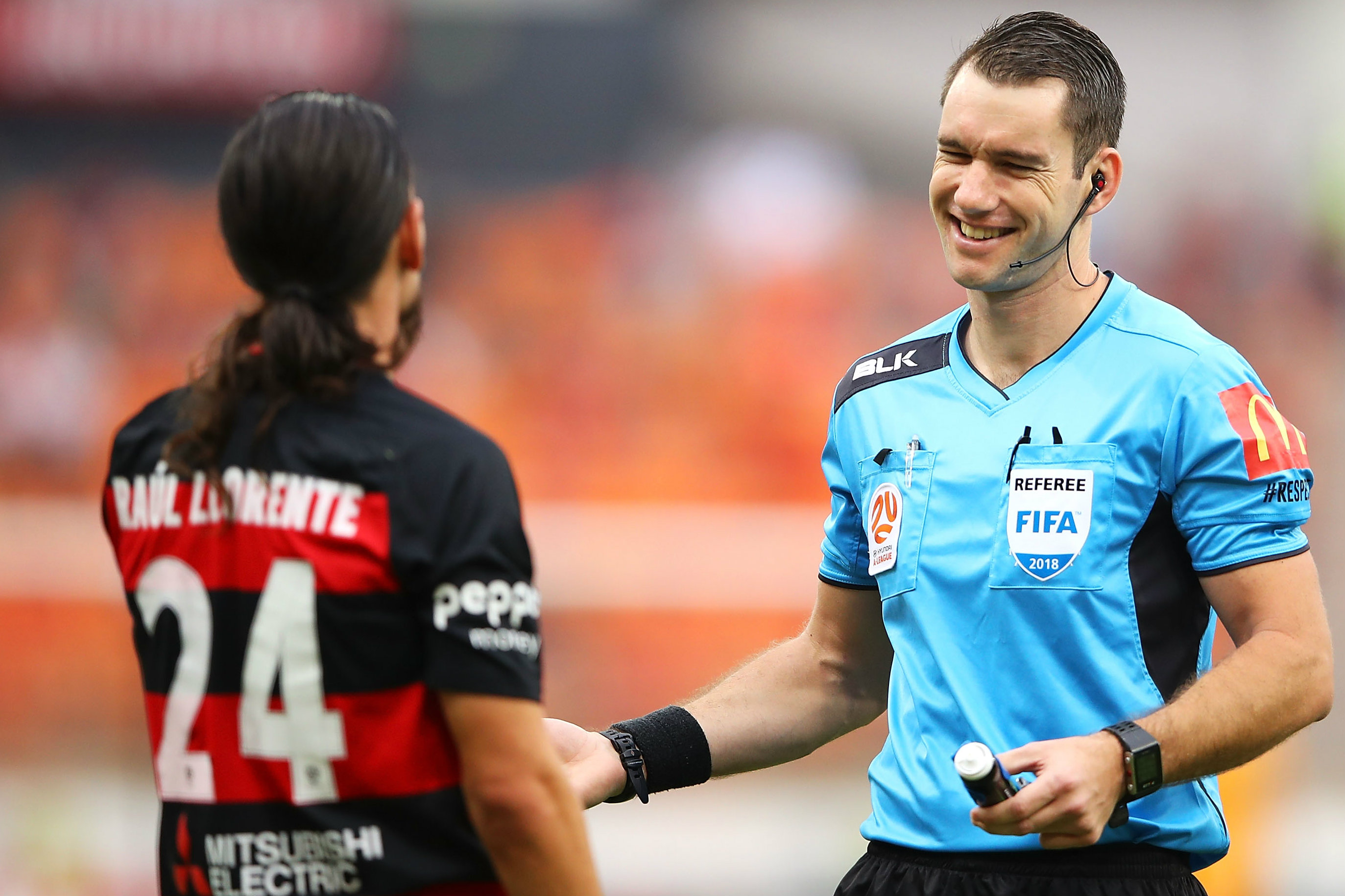 "Whatever Jarred chooses to do in the future, I am sure he will continue to be successful," concluded Wilson.

Jarred Gillett also had mixed emotions about making the decision to resign and move to the UK but believed that the time was right.

"The Hyundai A-League provided the opportunity for me to progress from grassroots to a full-time professional referee and I'm grateful to the FFA, my coaches, mentors and colleagues who have played a role in my career so far," said Gillett.

"It was a difficult decision, but I leave the Australian game with many great memories. Pursuing academic and football opportunities in the UK was an opportunity too good to pass up and I'm excited by the challenges ahead," concluded Gillett.

Jarred's final referee appointment will be in Round 21 of the Hyundai A-League 2018/19 Season.