Football Australia is pleased to announce that Trevor Morgan has been appointed to a new role at the organisation, encompassing the Head Coach position of the Young Socceroos (U-20 men’s national football team), Assistant Coach to Tony Vidmar’s Olyroos (U-23s), as well as the ongoing identification and development of emerging men’s footballers.

In his new remit at Football Australia Morgan will work closely with Chief Football Officer, Ernie Merrick, as well as existing and incoming technical and national teams' staff, as the organisation continues to address the issues identified in the Performance Gap Report.

Morgan has played an integral role in the development of young Australian footballers throughout his career, and over the past five years has held several positions with Football Australia focused on player, talent, and technical development.

Morgan’s tenure at Football Australia thus far has seen him lead the Joeys – Australia’s U-17 men’s national football team –  to the knockout phase of the FIFA U-17 World Cup Brazil 2019™,  as well as serving as National Technical Director from August 2020 to 2022. In addition to these posts, Morgan has supported every men’s national team programme as either acting Head Coach or Assistant Coach over the past two years.

Indeed, Morgan recently returned to Australia from Uzbekistan where, with the assistance of former Socceroo Richard Garcia, he mentored Australia’s U-23s to a fourth-placed finish at this year’s AFC U-23 Asian Cup. Concurrently, he led the Domestic Match Calendar 2022/23 process and planning, ensuring that key dates for elite men’s and women’s football competitions, as well as transfer and registration windows in the Australian game, were harmonised.

“There is a great group of players that are eligible for the current Young Socceroos, so our mission over the next year is to qualify for the FIFA U-20 World Cup™ for the first time in almost a decade,” Morgan said.

“Players that feature at FIFA youth tournaments regularly go on to forge strong careers for both club and country, so it is vital that we formulate a plan to ensure that the best players that we have coming through this age group are exposed to high-quality matches against a diverse range of international opponents.”

“I am pleased that in my new scope of work I will not only be able to dedicate myself to the Young Socceroos and Olyroos, but be empowered to continue to think holistically and strategically about how we identify and develop top Australian talent. My focus will be to help the organisation improve the pipeline of elite Australian footballers available to be selected for our National Teams, particularly between the crucial U-17 and U-23 age bracket,” he said. 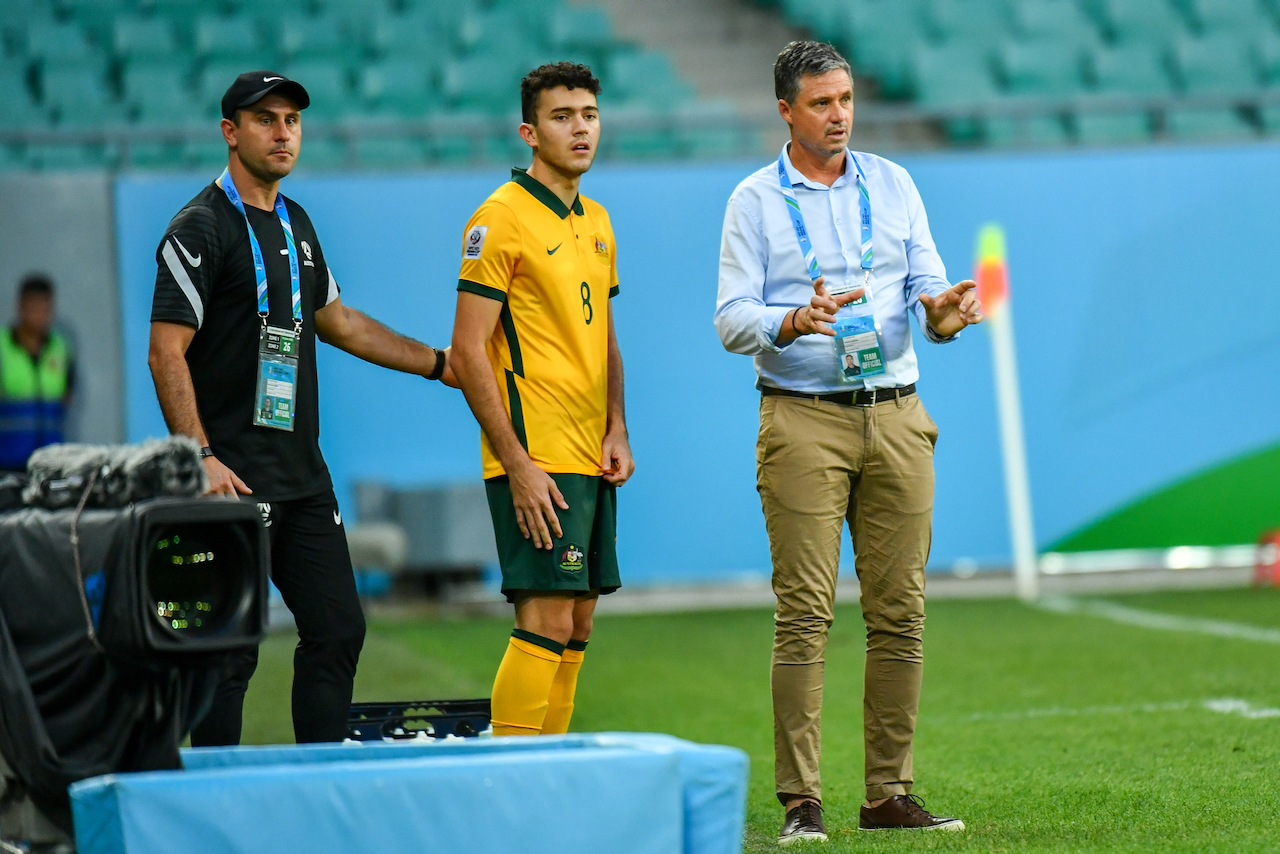 Football Australia Chief Executive Officer, James Johnson, congratulated Morgan on his appointment to the Young Socceroos and Olyroos, and explained that it was important for the organisation to retain his Australian football insights and intel.

“Trevor (Morgan) is one of Australia’s specialists when it comes to youth talent identification and development, so we are delighted that he will coach the Young Socceroos and assist Tony (Vidmar) with the Olyroos, whilst continuing to lead and contribute to other key technical projects for the organisation,” Johnson said.

“We recognise that Trevor has worked intensely over the past two years as he has balanced both coaching and significant administrative demands and believe that this new scope will enable him to narrow his focus as he deeply studies and develops elite U-17 to U-23 men’s talent. Trevor was immense for the organisation during COVID and we recognise his commitment in driving many key functions, including Coach Education and the Domestic Match Calendar.”

“Trevor will continue to play an important role in identifying and mentoring senior national team players of the future, but he will also provide great support and counsel to our new Chief Football Officer, Ernie Merrick.”