The focus of Principle V is to create a world class environment for youth development / production by increasing match minutes for youth players and streamlining the player pathway. 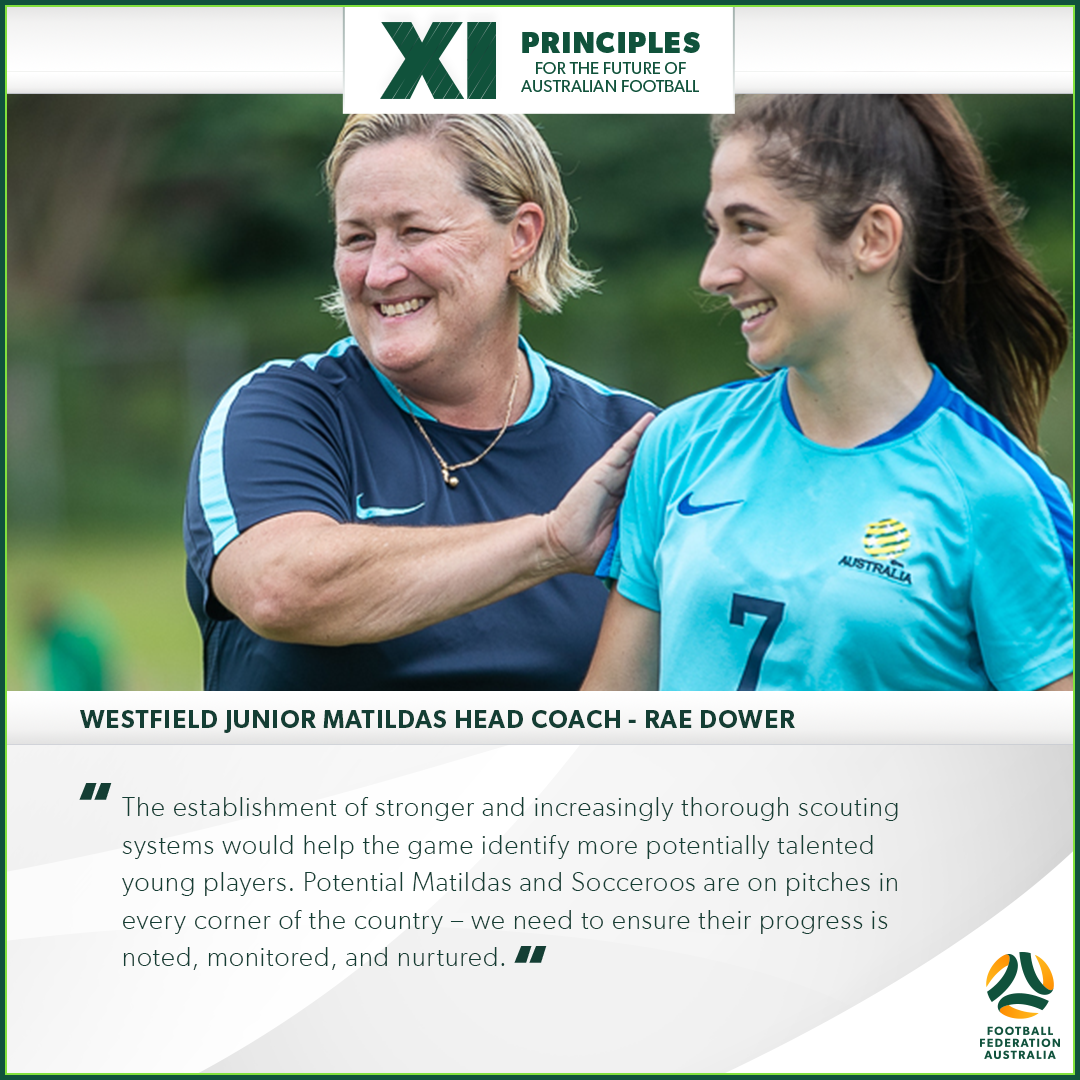 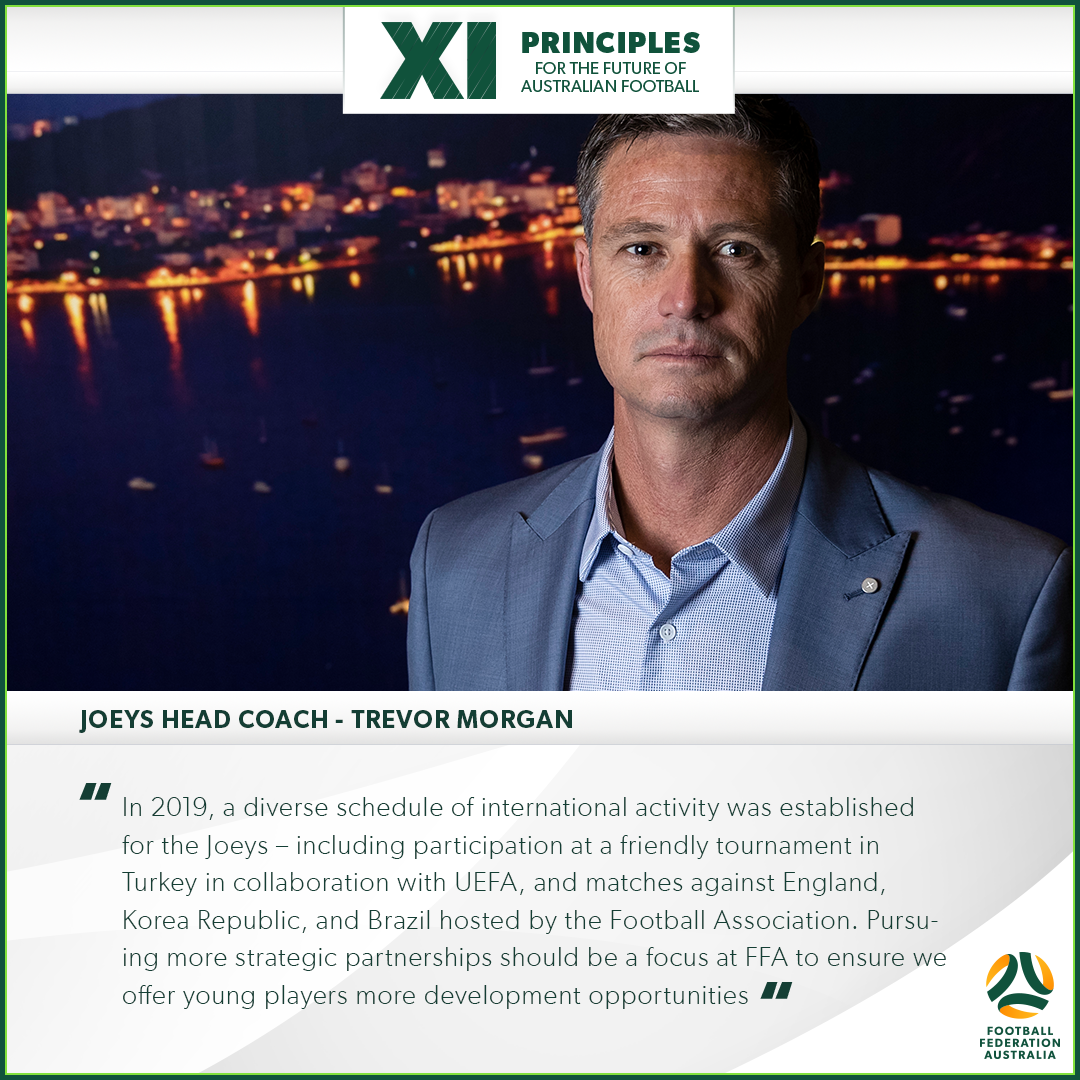 Australian football can point to the likes of the ‘Golden Generation’ for the Socceroos which qualified for the 2006 FIFA World Cup in Germany and the current Westfield Matildas playing group as testament to Australia’s player development pathways. While we are starting to see a decline in the number of our Socceroos playing in the biggest leagues in Europe, we are seeing the opposite for the Matildas with Caitlin Foord, Sam Kerr and Ellie Carpenter all signing for European powerhouses in the last 8 months.

It makes sense that player production and pathways are continuously assessed to ensure they are achieving the desired outcomes.