During Female Football Week 2021, Football Australia will celebrate the impact of women in our football community while recognising the far-reaching benefits the game has to offer.

This profile tells the story of volunteer Nick Deverell, who has sparked an explosion of female participation at grassroots club Normanhurst Eagles FC.

Three years ago, Nick Deverell scrambled together 16 girls to represent Normanhurst. This season, the club have already registered over 160 female players.

Deverell coordinates the Girls MiniRoos and Juniors program at one of the largest local football clubs in North West Sydney.

While has been involved as a player for over a decade, it is over the last few years that Nick has embraced the administration of girls football.

He shares the powerful reasons that led to his involvement in the first place.

"I guess there's a couple of things," he says.

"One, I'm a dad, my girl plays and she wasn't enjoying the mixed thing. She was in a team where she was as good as any of the boys but she wasn't getting passed the ball purely because she was a girl - and that bugged me as her parent.

"But also personally I've got quite a strong fairness streak,  I like to see girls have an equal go in terms of the opportunities available to them."

Nick has found his work with the community club to be an incredibly rewarding experience.

"Once girls started to play here at Normanhurst it was great to see the enthusiasm that they have for it," he recalls.

"I can be having a rough day and then I can come along to training at night and there's 10 girls who are just so excited to be here and they're getting so much out of it. Then it doesn't matter how bad a day I've had, that gives me a huge lift."

Nick recounts how in the not-so-distant past, the club lacked sufficient female football structures.

"When I first started with Normanhurst, we didn't have a huge amount in place for the girls," he says.

"We had some all-age teams, we had some interest in the over 30s but a lot of girls who wanted to play football were playing in the mixed - they didn't really have their own program.

"When I first started we just scraped together 16 girls to make two teams, a lot of them therefore had to play up an age group so the first year was quite a struggle for some of them.

That prompted us to go, 'Well, what can we actually do to make this a really sort of a safe place, a comfortable place, a place where girls want to come and play football?'

"A lot of it was around just putting the teams in place: if you build it, they will come."

Nick and the club set an initial goal to form girls teams within all of the 'Minis' age groups.

Part of his work in promoting the initiative was around reorientating attitudes through a simple, yet effective, approach.

"A lot of it was just publicising to people that girls soccer is an option," Deverill explains.

"It's not just a boys thing. We know from the Matildas that girls can play really well and that skill-wise and with their athletic capabilities, they're just as good as boys. 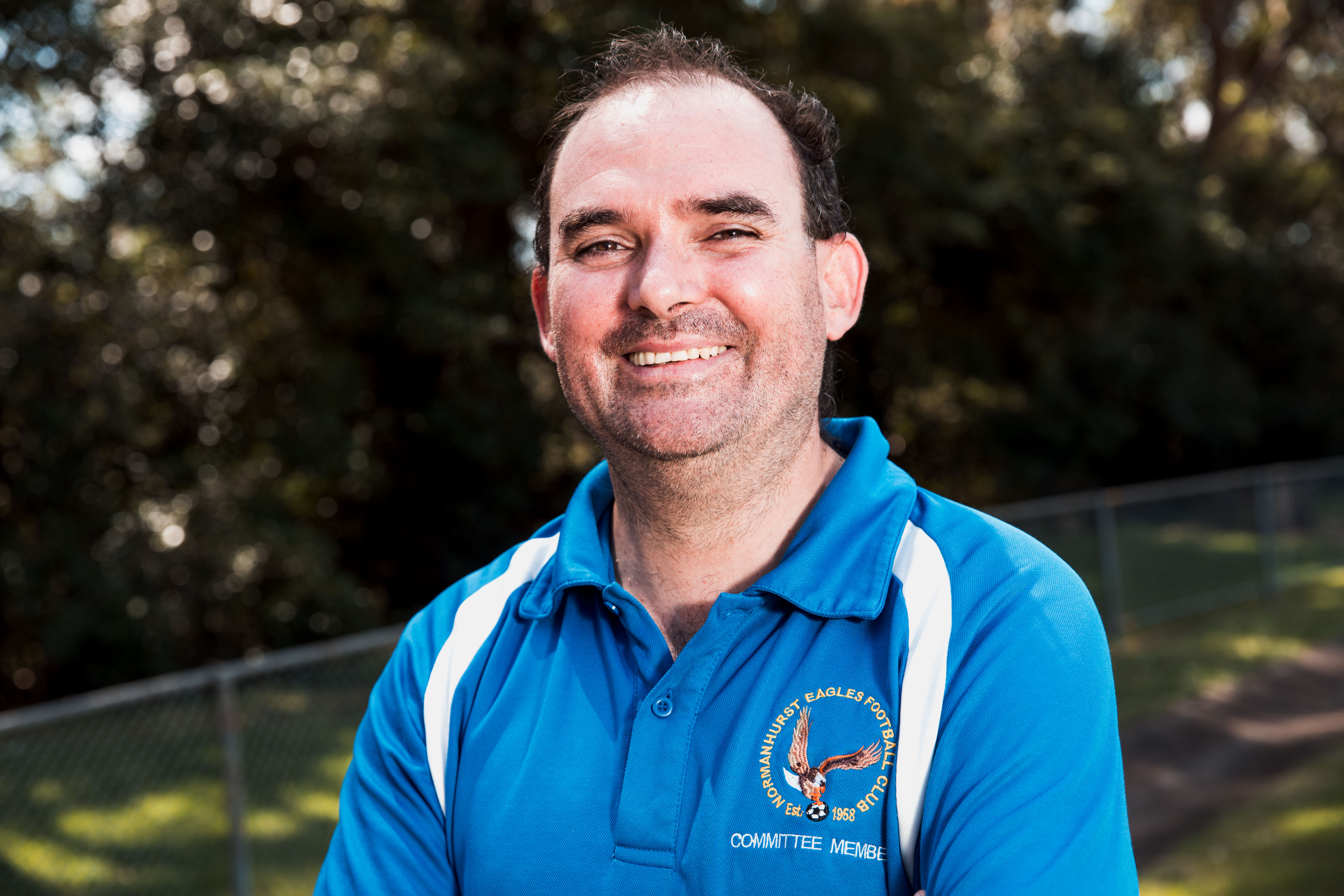 "But there's this mentality, or certainly we found that, some feel it's still a boys game. So it's very much about trying to educate the community, schools, everyone around that, girls soccer is an option."

Normanhurst's push was supported by a wide publicity campaign to encourage participation.

"So we produced flyers, went around to some of the local schools and meet and greets at local shopping centres," Nick recounts.

"Sunday afternoons became 'come and try' day for girls football. It was very much low-key, you weren't locked in, we focused on fun things and anyone who came down got a got an icy pole at the end."

The efforts of those involved at Normanhurst have well and truly paid off, with the club's girls participation numbers sky-rocketing tenfold over the past three years.

"Three years ago, the thought that we could come down and have a gala day with all these girls running around playing football was almost unthinkable." 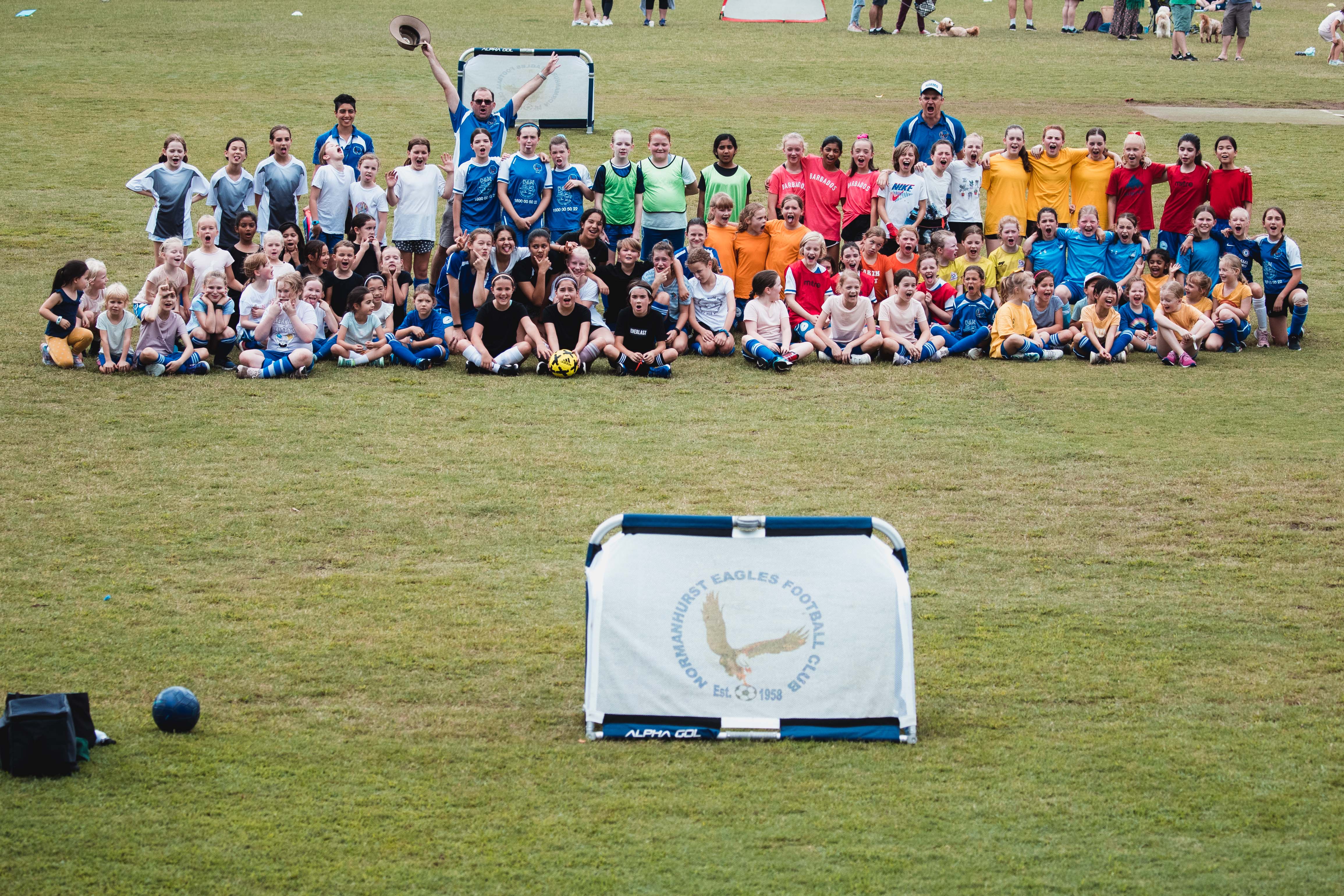 Normanhurst's story is not exactly unique at grassroots level.

With clubs all over the country at various stages of development in their women's programs, Nick offers three pieces of advice to committee members across the nation.

1. Have belief in the girls themselves.

"There are so many girls out there that want to play but they didn't even know they could play. So have that belief that if you put a team in place and you say 'hey, we have a girls team for you' - you will get the girls who will come into that team."

2. Have strong female figures on the club committee.

"Obviously, we're very lucky at Normanhurst is that we already had some good strong female people on the committee. You can't have girl's soccer and you can't have women's soccer if you're a male-dominated committee. If it's 2021, you should not have a male-dominated committee anyway. There has to be that visibility that they can see that there are people at the committee level making decisions, females for females, I think that's a very important thing."

3. Have a program in place that encourages development.

"Certainly what we found at Normanhurst Eagles is a lot of girls who come in have never played soccer before. So if you then put them into a situation where they're playing against girls who may have played for two years or three years - no one likes getting thumped every week.

"So it's important to have that training program in place that supports the new players coming in, gives confidence to the girls playing builds their skill on the ball. Most importantly, make sure the girls are having fun. If they have fun, more girls are going to come and play, the results are going to follow, they're going to train harder because they love it."

Another secrets behind Nick's success is his emphasis on culture.

"One of the things that we've done here at Normanhurst is we said 'it's not just about getting girls playing soccer. It's about trying to build that female football culture.'," he explains.

"So the last couple of times the Matildas have played at home, we've got together 30 or 40 girls from the club and we've gone down to support them as a group.

"At the end of the game, when the Matildas come around and then meet all the fans afterwards, we've got kids who Steph Catley gave her football boots out to, and others who have autographs from the likes of Sam Kerr.

"That's massive for kids to see their idols and to have that accessibility."

Through this, Normanhurst were also active members of the 'As One' FIFA Women's World Cup 2023 Bid campaign, declare their supprot throughout a range of initiatives including a gala day, raffle and even a special celebratory cake.

Nick can already sense the enthusiasm spreading in anticipation of the tournament.

"With the World Cup coming in two years, every girl in Australia is going to want to be a Matilda," he says.

"Every kid in Australia in is going to want to play soccer. If you start now, you're going to have a head start on all those other girls, when they come and start playing, you're going to be the one who everyone's looking up to.

"So that's been massive for us. We've seen interest continue to grow and grow."