The Socceroos' success at the 1974 FIFA World Cup had given the women's game an added impetus, and in August of that year the first National Women's Championships were held in Sydney, comprising of five teams, NSW, Northern NSW (going by Macquarie and Districts), VIC, WA and South QLD.

Games were held in Bankstown, Granville and Centennial Park, with the home team taking out the first Championship, with Northern NSW being the runners-up.

Towards the end of the week of the matches, an important meeting took place. The team officials met to discuss the establishment of an organisation to promote, foster and manage women's football in Australia, and thus the Australian Women's Soccer Association (AWSA) was formed.

National Championships were held every year until 1993, and the AWSA went on to form the Women's National Soccer League (known as the Ansett Summer Series from 1996-2000), the first Australia-wide club competition for women's football.

The first ever competition, held in 1996/97, comprised of six teams split into two conferences. They were:

The league expanded to seven teams in 2004 with the introduction of the Western Waves.

The WSNL ran up until late 2004, when it disbanded alongside the men's NSL. However, those taking part refused to give up, and managed to put on a 2005 tournament, which comprised of a week-long competition in Canberra and a Grand Final in Sydney.

Queensland Sting were the most successful club in WNSL history, winning four Championships. 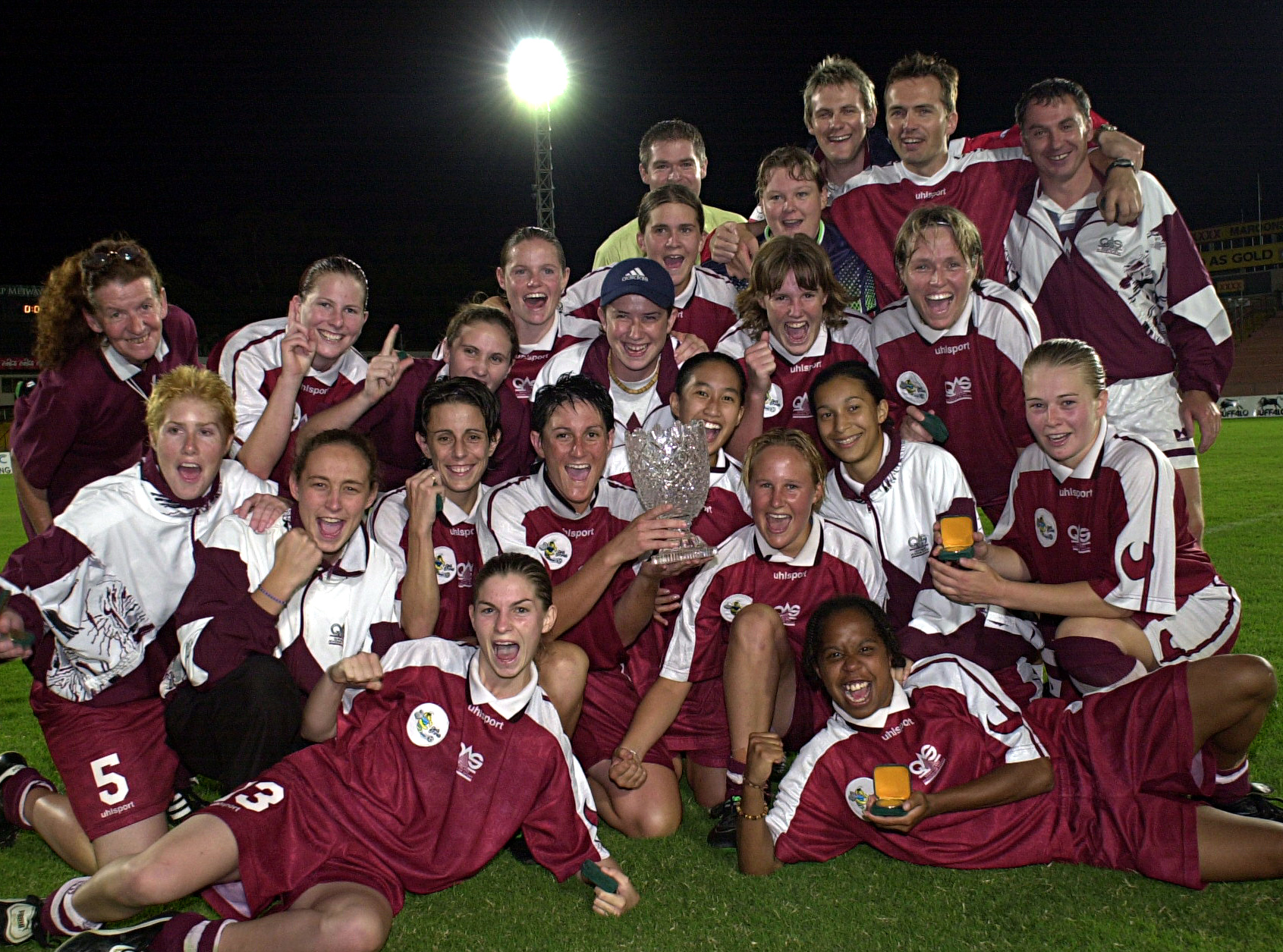