History of the FFA Cup

The creation of the FFA Cup

Australia has had numerous state-wide club knockout competitions over the years, but a sustainable national competition had always been difficult to realise.

Prior to the FFA Cup, the Australia Cup was the first and only truly nation-wide club knockout competition, which was held between 1962 and 1968.

On 29 August 2013, it was announced by Football Federation Australia (FFA) that a national Cup knockout competition would commence in 2014, open to any men's team from around the country from the A-League to the lower tiers.

The Preliminary Rounds of the FFA Cup - with Westfield involved as naming rights partner - kicked off in 2014, with the first Round of 32 matches taking place on 29 July.

Initially the competition had a manipulated draw that ensured one Member Federation club reached the Semi Finals of the competition, which helped Bentleigh Greens reach the last four in 2014.

However, in 2021 the competition will be an open draw from the Round of 16 onwards, with the Winner of the FFA Cup also receiving a spot in the AFC Champions League for the first time.

Adelaide United are the most successful team in FFA Cup history, winning the competition on three occasions. 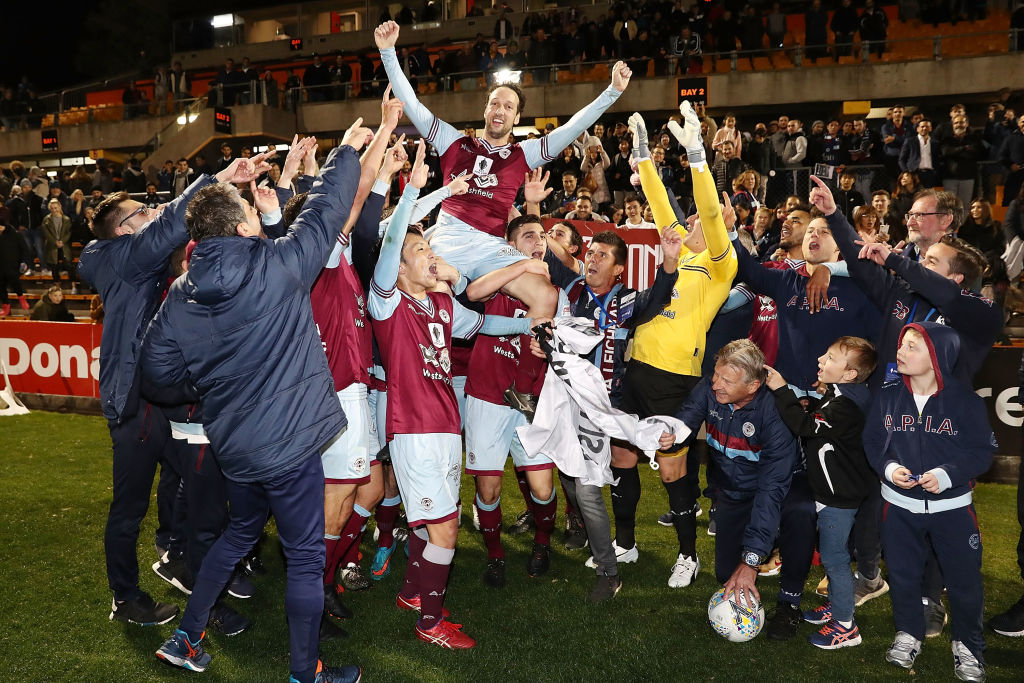 APIA Leichhardt celebrate after knocking out Melbourne Victory from the FFA Cup.